Wait a minute! That way, you can't even be an OEM. Five principles of how to deal with Chinese agency companies that promote Chinese imports advantageously

In the previous article, I mentioned a little bit about how to deal with Chinese agency companies (local suppliers), but I would like to dig a little deeper.

Your China import business is doing it the wrong way!? First of all, five laws to be suppressed are introduced.

I personally feel that the ideal form for importing to China is to advance to OEM. Making your own original products may be exaggerated, but there is a joy that nothing can be replaced by "sweeping the market".

There are also sales and profits, and you can directly feel the real pleasure of Chinese business.

However, in order to achieve this, it is definitely necessary to have the existence and cooperation of a Chinese agency. By the way, E-Woo Passport is famous as an agency familiar to Japanese people.

Even if you find your own products in Taobao or Alibaba, it is difficult to negotiate directly with a Chinese factory every time, and it takes time and effort.

The interaction between Japanese people who can't speak Chinese and Chinese who can't speak Japanese inevitably becomes English, but since we're not native speakers, it's hard to talk. Especially, it can be said that it is impossible to talk about specialized stories like OEMs.

As a matter of fact, the factory side is also troublesome, and such a guest does not easily make it to the other party. Unlike Japan, overseas (Chinese) companies are not equal to all customers.

In order to facilitate chinese imports, the cooperation of a Chinese agency (local supplier) is required, but I have seen many people who have given up business because they do not know how to deal with the agency company, so they did not do well in China.

We have been dating and dealing with the same Chinese agency for about seven years, but I feel that there is a law for people who have been in business themselves due to the collapse of relationships with people who are dating well, and this time I would like to tell you that.

As a matter of fact, if you do not use the agency, you will not know that it suits you and does not fit. In addition, the company itself has no problem, but unfortunately it is possible that the person in charge who is not good has been.

Although it is a reality that there are many off-the-bee, it is difficult when it comes to searching from the first place every time, so let's introduce a good agency through acquaintances. I still use an agency that my master introduced me to seven years ago.

On the other hand, it is also true that there was a person who did not want to use the agency anymore. After all, there may be differences in the permissible points and the differences in each way of engagement, and there will be orientations and unsuitable things.

There was a pattern that I did not work at all at first, and I was working with people who sometimes had a drinking party when I went to China, and when I noticed it. It may be big that it does not fit or not, rather than good or bad.

In any case, if you look only at the information on the net by yourself, it will be quite difficult, so it would be good to have an acquaintance introduce you first. If you don't have such an acquaintance, it's a good idea to start by making friends in the merchandise.

No matter how many years you are selling goods, the story of conversations with your product sales colleagues is which agency is easy to use. This area may be an eternal challenge.

Then, I think that it is "speed" in my own way when deciding which side is suitable and does not fit.

Speed is what you need in your business today.

I've used several companies myself, and when I heard from other people, there were companies with quick responses and slow companies. The speed is not uniform. Of course, it is not a level of competing for every minute, but it is better to stop companies that are free for 2-3 days even if you contact them.

A slow company or person in charge will be a very long way to go into business in the future. Basically, the person who replies slowly at the beginning will not be spontaneously faster later. The reason for slow and fast is not ability but a problem of consideration.

If you want a quick reply, try to reply as soon as possible.

This is absolutely important! Never be great to chinese opponents

The key point of how to get out is that you never get great.

When the other party is Chinese, japanese people inevitably assume that they are great, and unfortunately there are many people who treat people of Chinese agency companies with great things.

But that's a big mistake. Without the Chinese people, my business wouldn't go around. There is no need to be sloppy, but as a partner who works equally, it is most important to treat them with minimum courtesy.

I also know that people who were banned from the other side if they took a very great attitude to the person in charge of the local agency, with the help of the net, lined up and abused abusive language.

Of course, Chinese people are human beings, and since I work over there, I don't have the obligation to work with people who don't want to go out or work. Remember that you are chosen.

On the other hand, when you get along very well and become able to proceed with work, you will be able to listen to various things and respond to this unreasonableness and selfishness. In particular, chinese people are very wary at first, but when they get along well, there are many things that work more with them than Japanese people.

In order to do so, please do not be great, but be sure to treat others with the idea of being a partner you work with.

It seems to be a correct argument at first glance to say because it is a customer who is paying money, but I think that it will ultimately be easier to feel if you feel like working together and raising the person in charge.

If you don't like it, it's basic to look for another company, and remember that complaining and trying to change the other person is only a waste of time and effort for each other.

Think that the other party's mistake has been factored in, and do not blame the mistake.

As you can see in the aforementioned part, I think it is basic not to blame mistakes.

However, it is very nonsense to blame the other party's mistake here.

In the first place, in Japan and China, we straddle the sea, so I think that getting angry means arranging abusive language to the other party through chats, messages, etc., but there is no point in doing so, and it just makes us feel bad about each other.

There may be parts where your feelings do not fit in response to the other party's mistake, but since it is a business, it is good for mental health to work based on the fact that there are such mistakes.

We made a lot of mistakes. The price of the invoice is written incorrectly and the customs cost is charged several times the default, or it is sent without inspection at all, and it holds a pile of defective things, etc.

However, since the other party is beyond the sea, we have no choice but to tell the fact and let them not repeat the same thing next.

On the other hand, when I went to China and drank with the local person in charge, I was told,

It was an evaluation. It's not that you're making a mistake over there, so let's be tolerant and get into business. The other party also comes to remember the sense of intimacy here when it is such an attitude, and it is the one to become cooperative variously.

It is also an important element of business to have a business that makes others think so. 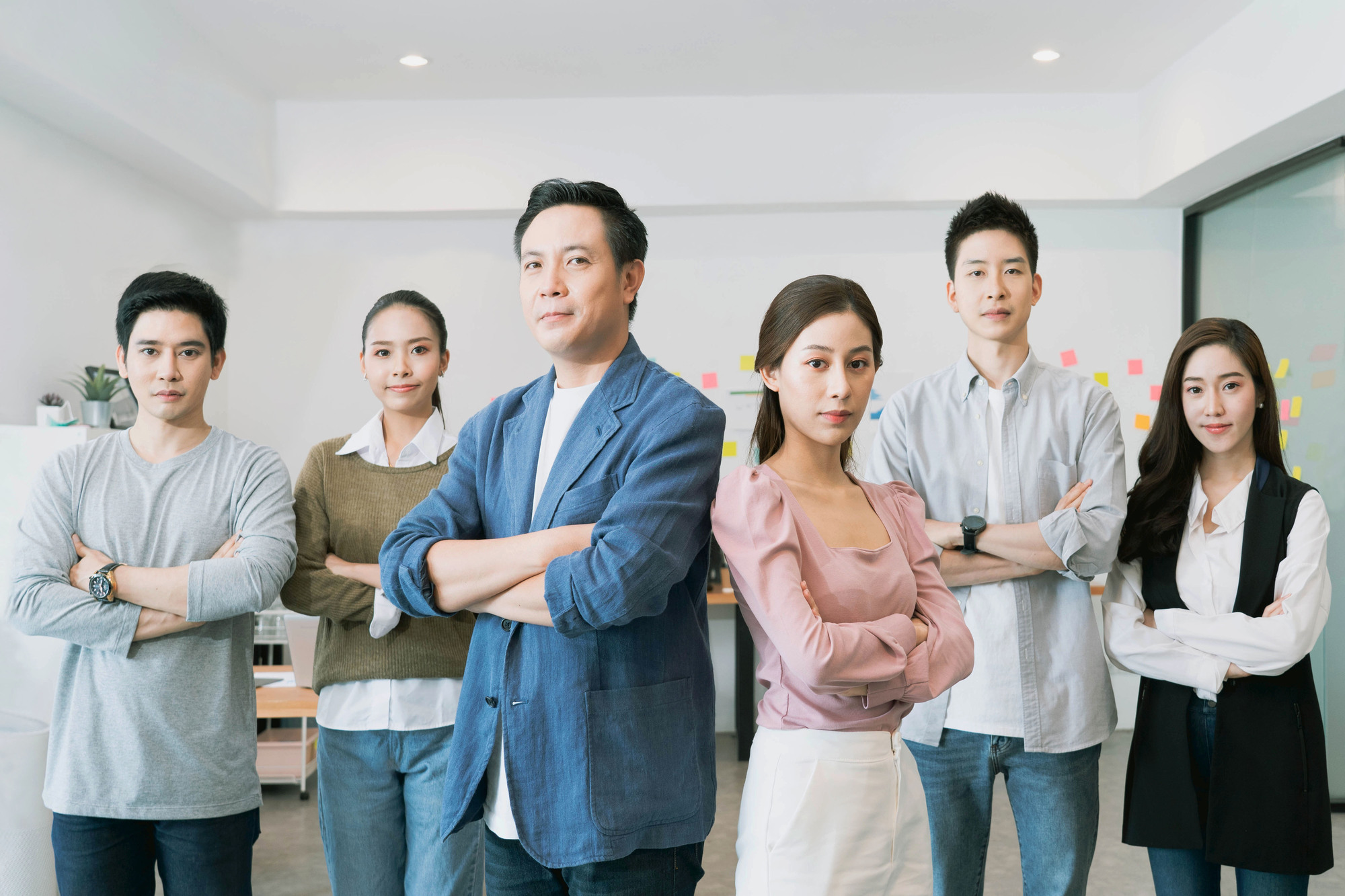 I don't want you to do anything for free! To make money

If you continue to do business, there may be many situations where you ask the agency to confirm various things other than ordering products. Depending on the company, basically it may be a contract only for trading products with an agency.

At that time, in terms of japanese people, you may think that you should provide such a service about asking for things other than trading goods. That's true, but I think we can do business comfortably with each other, at least by showing the willingness to pay every time.

For example, when I ask you how much it costs, the other side will put out various conditions such as "If it is you, this time it is good for free", and if you really need money, you will be charging money.

In that case, please pay the price of the other side without stinging. Because it is a Chinese market price, it is not high at all. By doing so, we can build mutual trust, and even people I have never met have been working together for more than three years.

Customers who pay badly will be shunned, so I hope that you will be careful about details, deepen your relationship with agency companies, and advance Chinese business better.

I introduced some methodologies to get along with the agency. Of course, I don't think it's uniform for all agency companies and representatives, but I think there are some parts that are useful for each content.