Is it really okay for mobile battery operators to trust the PSE certificate of the China factory? We will tell you information on the front line

We have introduced the background of the PSP legislation of mobile batteries (lithium-ion batteries) and the inspection procedures for PSE before.

7 basic knowledge of acquiring the PSE mark for businesses who want to handle mobile batteries!

After that, there have been many questions about mobile batteries that have been asked to us, and the number of cases that have actually been a matter is increasing, and I think that it will be helpful for those who are worried about other problems, so I would like to write this article.

As a particularly common content, it is a question "Is the PSE certificate itself owned by the Chinese factory, and is it okay to use it as it is?"

First of all, the PSE certificate itself is not a problem, and the contents of the "inspection report" that records what kind of inspection was actually performed are important. are.

When our engineers who are fluent in English check the "inspection report", various deficiencies are found in the contents. Therefore, I would like to consult with the client, and this time I would like to explain such a point with examples.

In the first place, "inspection report" is unnecessary for delivering business to the Ministry of Economy, Trade and Industry

If you share the main premise, you do not need an "inspection report" to deliver the PSE business of mobile batteries (lithium-ion storage batteries) to the Ministry of Economy, Trade and Industry, and you can do so only with a PSE certificate and the product summary document "Model Classification". In some cases, a PSE certificate may also not be required.

While telling you that "inspection report" is important, it seems that the story contradicts that it is unnecessary to submit it to the Ministry of Economy, Trade and Industry, but this is actually the point of this story.

In addition, with a huge number of business reports submitted, it is quite difficult to check the contents of each report, and all reports conducted by overseas inspection organizations are in English, so it is even more so.

In other words, the receiving Bureau of Economy, Trade and Industry (Ministry) assumes that it is natural to be certified and tested with chitin, and on top of that, it is considered that only PSE certificates and type classifications are received. And I think that it is a feeling that the product will be cracked down when there is a problem after market distribution.

Leave for the time being whether the system is good or bad, and recognize that it is the case at present.

Then, the problem is whether authentication and testing are really carried out correctly, properly, and under- and under- them.

Without fear of misunderstanding, the tests that the Chinese factory independently asked the Chinese domestic inspection organization are quite suspicious. In addition, there are some cases where we have not intentionally properly inspected them and have issued a careless inspection (inspection report) that we have done with our own standards without matching Japanese standards.

Some of the test report templates are available, and I personally feel that there are not a few people who have only checked the inspection items.

Again, the content will also be able to deliver business to the Ministry of Economy, Trade and Industry. Japanese companies that become importers are mass-produced with a PSE certificate that we do not know that was properly inspected from our Chinese factory.

It is unclear whether the product was inspected properly or not, or whether the product is really safe. If a product that is not 100% safe is brought to market and a fire accident occurs in the unlikely event that it occurs, it is naturally the responsibility of the importer, and above all, it will cause a great deal of trouble to users.

How should we present our PSE certificate for mobile batteries from the factory? To the business operator who consulted with us, I will explain that there is such a risk, and I entrust the decision on what to do on that.

Of course, there are doubts, but on the other hand, it is not 100% asserted that it is not properly inspected, and maybe it is doing a thorough inspection. We don't even know that.

However, please be aware that just because the factory has a certificate and inspection report, there is a risk of swallowing it as 100% reliable.

Even so, when it comes to setting up PSE inspections again, it takes all the cost, effort, and time, so some customers want to finish with the current certificates and reports somehow. In that case, on the premise that the factory is conducting inspections properly, we do not know about it, we also provide a service to check the delivery method to the Ministry of Economy, Trade and Industry and the contents of the report.

In such a situation, I would like to introduce a case study of a customer who consulted us about wanting you to check the report of mobile battery.

Mr. A who was unable to trust the inspection of the factory and asked us to inspect again

Mr. A wants to expand the product widely, and is it really okay with the inspection contents of the factory? We consulted with you.

According to Mr. A, "This factory commissioned pse testing for $300, but it is an order of magnitude different than the inspection cost presented by your company. Of course, it is not better than cheap, but it is uneasy that it is too cheap. Under our business model, product accidents can be catastrophic, so we want you to test them again."

I felt that it was a company that placed a great emphasis on compliance.

As i can talk about, there are two criteria (test items) for the PSE test of mobile batteries (lithium-ion storage batteries): J62133 (H28) (JISC7812 (2015)) and Electrical Appliance and Material Safety Act (PSE) Appended Table 9.

The test may be conducted according to either standard, and the test is carried out according to the test know-how and production equipment of the inspection organization and the factory.

Looking at the factory inspection report, we had been tested according to the standards of J62133 (H28) (JISC7812 (2015)), so we decided to conduct inspections in accordance with Appended Table 9 of the Electrical Appliance and Material Safety Act (PSE).

Mr. B, whose test contents were significantly deficient and had not been inspected for constant voltage charging for 28 days

Mr. B started with a consultation that the factory originally has PSE certification for mobile batteries, so I would like you to tell us how to deliver business in Japan.

When we explained the recent situation to Mr. B, we were asked to confirm the report because we managed to obtain the report from the factory.

Basically, the factory thinks that certificates are sufficient, and it does not seem to be too pryed about how it was inspected, and it is often reluctant to present reports.

As I told you, you can still report it to the Ministry of Economy, Trade and Industry (Ministry) as long as you issue a certificate, but you can easily imagine that the responsibility of the business operator will be more severe in the event of an accident by continuing market sales with this content.

To say that to Mr. B, I wanted to do the inspection from the beginning at another factory. The existing plant believes that its own report (test) is perfect, and it is unlikely to respond to reexamination.

The language is bad, but we don't comply with the laws of other countries, and we still can't understand the idea of thinking that we are right. Business with Mr. B's existing factory seemed to have been canceled. 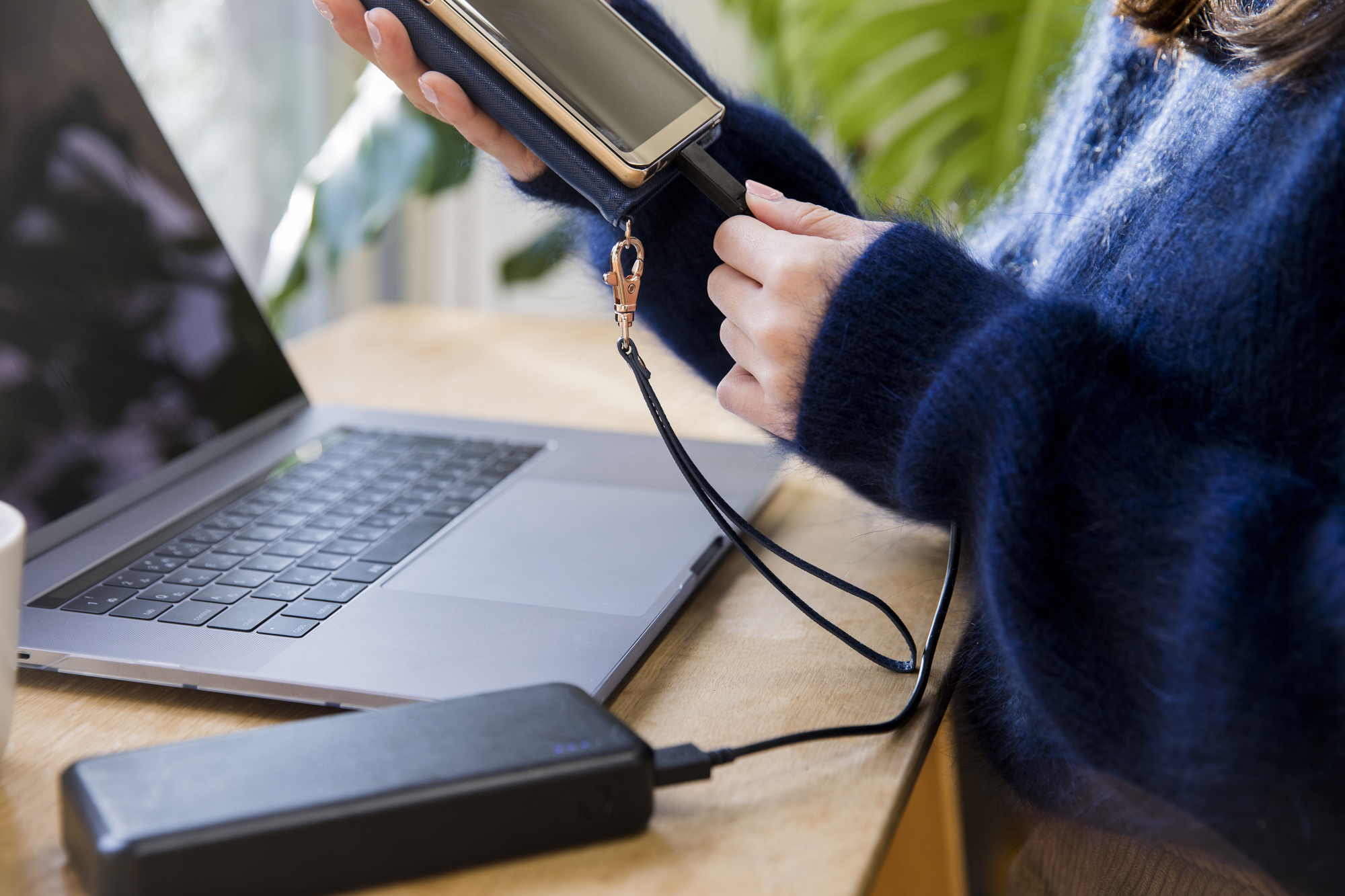 The following C initially received a request for radio law certification. Therefore, when I checked technical documents related to the Radio Law, I found that mobile batteries were used as part of the product, so I asked C about battery tests.

Then, regarding batteries, the factory conducted PSE tests by itself, and there were certificates and reports. However, I will tell you about this and the recent situation, and just in case, we will propose that we confirm the contents and see it.

And when we looked at the contents, it was discovered that the test was only a single battery and no assembled battery test was performed.

A pair of batteries is a pack of multiple single batteries of the same type, also called a pack battery. Pse requires single-battery testing and assembled battery testing, but the fact that one of them is not done at all is a big problem.

When I checked with Mr. C, if there was a problem such as an accident with this content, I would rather make thousands of things, so it could be a big damage, and I wanted to request new mobile battery authentication together with radio law certification.

These are some of our latest examples. If it is a minor mistake on the description on the report, I think that it will not lead to an accident, etc. based on it, but it can be said that the inspection omission of the necessary test is quite fatal. I didn't write this time, but there were several such patterns.

In response to the question "Is it really okay to trust the PSE certificate of the Chinese factory?" in the title, we basically do not trust it and answer that it is better to check the appropriate place first.

Again, as can be seen from the above cases, there is a high possibility that it has not been tested properly, and then the possibility of a product accident will increase.

Product defects are of course painful to the business operators who are dealing with it, but more specifically, it can lead to accidents, or catastrophes, of users who have used it. If you are not good at it, it will also cause the life of the business operator to be cut off.

I wouldn't say that we should be the first to conduct a costly PSE exam, but for the time being, I think it is necessary to verify that the certificates and reports presented are accurate.