Who is the fault with the delay in authentication, such as the PSE mark, PSC, radio law (technical suitability), etc.? I will explain from our case study

In PSE, PSC, Radio Law, and any other authentication, I think the client is more concerned about how much time and cost it will take to authenticate.

So this time, I would like to leave the authentication cost aside and explain the time it takes to authenticate, and what causes it if it is behind the original schedule from our case.

I tell you many times on this site, but all the key points such as pass or fail certification and speed "depends on the cooperation and ability of the production plant" are. Please note that the "(production) factory" mentioned in this story is basically a Chinese factory.

If you say so, you may deny the existence of a certification agency itself, but honestly, it may be really unnecessary if the production plant is 100% devoted and cooperates with certification.

However, unless it is a partner factory or subcontracting factory at the level of contracting, such a thing is impossible, and there is our other work as a factory, so I do not want to cooperate very much with the certification of Japanese companies that are not so closely related, I do not want to devote time.

Or I intend to cooperate with certification, but if it is not necessary to do what to do because it is certified by Japanese law, or there is no know-how to investigate by ourselves, I think that there is a good option to rely on a certification agency.

Back on, the direct cause of the certification being delayed is the factory's response.

Basically, that's the only thing, but on the other hand, it can be said that there is a part of the cause even in the client who did not get enough cooperation in the factory.

This is the main premise of this theme, but I would like to explain the cause of "delay in authentication" while disassembling the elements a little.

Documentation and samples required for all certifications over and over again

Especially if you are new to it, there are many people who do not understand that technical materials and product samples are necessary for any certification such as PSE, PSC, radio law, measurement law, etc.

For example, "I want pse certification for this product, how much does it cost? So, what does authentication do?" Some people ask questions such as, but if you tell such a person about the cost, it is expensive! It takes too long! I will stop talking soon.

Of course, it is free to stop, but I can not talk about business with such people, and I will not be able to prepare materials and samples because I will do my best to purchase ready-made products from the factory in the first place.

In particular, radio law authentication requires a test sample that is different from normal use.

Such preparation is necessary to perform certification, and of course the agency (our company) will also help you negotiate with the factory, but please remember that it is the client's job to create a relationship that cooperates with certification.

In particular, customers who are in a hurry to end authentication have asked many times, "How long will authentication end?" but the answer here is uniformly "If there is nothing, about 6 to 8 weeks."

This "if there is nothing" is really right, for example, when the factory made a test sample accurately and definitely with radio law certification, the test itself ended in 2 to 3 weeks, and there were many times that the whole process was about 6 weeks only by document arrangement.

On the other hand, in the case of customers who wanted to finish radio law certification in about 6 weeks by all means, the test sample submitted by the factory was for Europe, so naturally it failed as a Japanese radio law, and when I asked for sample creation again, it took about 6 weeks with an additional 2 months to produce the sample and about 6 weeks in the remaining tests.

I will introduce this matter in detail as a case study next time, but the customer has become a cann about this flow, and we have accused us many times that there was a fault on our side, but it is the responsibility of the factory to send the wrong sample in the first place, and it is the responsibility of the factory that we could not create the sample immediately again.

Only those who do so say, "I heard that authentication should be over in about 6 weeks if it is the first story, delays are your responsibility", but if there is nothing here And I have explained many times.

Everyone, in the case of your company, I think that there is nothing, but it is honest that there is a difference in the correspondence and ability of the factory by all means around here.

This story is always included in our contract, but we are told that we are not responsible for delays due to non-cooperation of the factory (provision of materials, sample preparation, etc.)."

As mentioned above, the only progress in certification is "factory cooperation".

In addition, since it is a Chinese-speaking agency, it is connected with the Chinese factory natively, so if there is any problem, there are customers who want to interact with Chinese people, but the truth is that it is not all.

Of course, it is possible to exchange words normally because they can understand the language, but even Japanese people can communicate well with people outside the company. can be difficult. The same can be said by Chinese people.

After all, there are some things that are not good or bad depending on the type of human being, and it is often made to stop contacting suddenly when it is persistently urged as a feature of Chinese. Also, to be clear, there are many Chinese who work slower than Japanese people.

Since it is physically impossible to carry all these risks on our back, we do not assume the delays caused by the China plant. Of course, it is our job to cooperate as much as possible and proceed with certification smoothly, but it is not possible to secure only the good or bad of the response of the factory.

I think this is the same with any certification agency. The reality is that we cannot work with customers who do not want to authenticate under such conditions.

However, I sometimes see mistakes in inspection agencies.

In this regard, this is completely apologizing part, but as an example so far, there was a mistake in the publication date of the certificate, the document uploaded by Japanese law that it was not made, the Japanese language described in the certificate was too unnatural and pointed out by the Ministry of Economy, Trade and Industry.

Each time, there was a rework, and some time passed, and I think that I caused trouble to customers.

On the other hand, if the factory can't create samples well, and there are many reexaminations and start to get frustrated, you may get the illusion that the inspection body is deliberately delaying authentication, but that is not the case.

Inspection agencies also have a lot of work, so I want to make every job go smoothly as much as possible. However, it is important not to explain what kind of sample should be made specifically as an inspection organization. 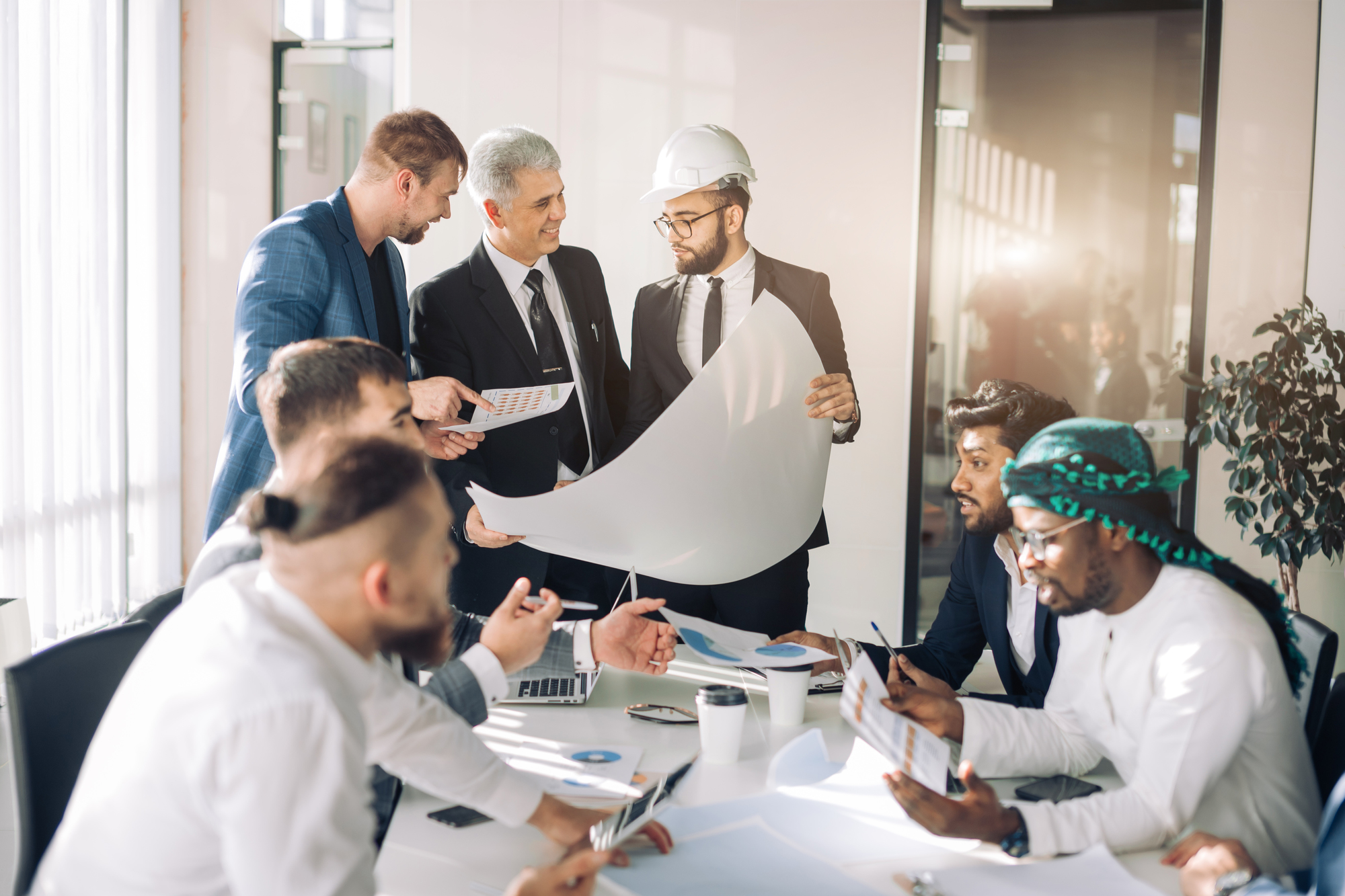 Certification is established with the cooperation of people from various positions.

One way to use Chinese suppliers to improve accuracy

Finally, one of the characteristics of the company that is advancing certification quickly is that it is partnering with a reliable and excellent Chinese supplier.

When we had an online meeting with our client and our company (and Chinese engineers), we basically had factory representatives attend, but there were several times when Chinese suppliers who can speak Japanese were present.

The suppliers who work fluently in Japan are really good, and they understand what we explained in Japanese and what Chinese engineers explained in Chinese to factory representatives, and they support the factory personnel well even after the meeting.

I don't know how much these people are costing or how much they got to know each other in the first place, but keep in mind that having a good supplier is also a way to get them.

Of course, it is also our company that Chinese engineers can negotiate with the factory, but if you are in charge of many companies, it is difficult to spend time equally for all factories, especially once the factory's reply is late, it will be difficult to know when to contact again.

The response of the factory also greatly affects the certification time, so in some cases it can be said that it is an important business decision to have such a supplier on your side.

I think that it was a content that included the position talk of the certification agency in the amount, but this is a reality for non-major companies to authenticate overseas.

We believe that answering such questions is one of the tasks of a certification agency.