If you want to import and sell scales, let's roughly study the weighing method – Part 2

In the previous article, I briefly explained the history of metrology methods.

If you want to import and sell scales, let's roughly study the weighing method – Part 1

This time, I would like to write about how to specifically certify the measurement method.

As I mentioned last time, if the person reading this page were to import and sell products related to weighing, I think it would be mainly a household specific weighing instrument (general weighing scale, infant scale, cooking scale).

The reason for this is that household specific weighing instruments can be sold to the general public, and it is also possible to sell them from real stores such as mass electronics retailers, and even on EC sites such as Amazon. 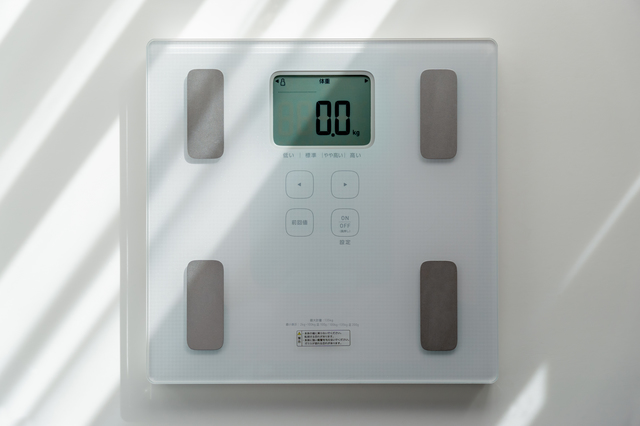 In addition, it is not so much that everything that weighs falls under the weighing law, but whether it falls under the measurement or not depends on the range of kilograms to be weighed and the target.

For example, luggage checkers are often seen as travel goods, but this is not subject to the weighing law because there are no standards that conflict with the weighing law. 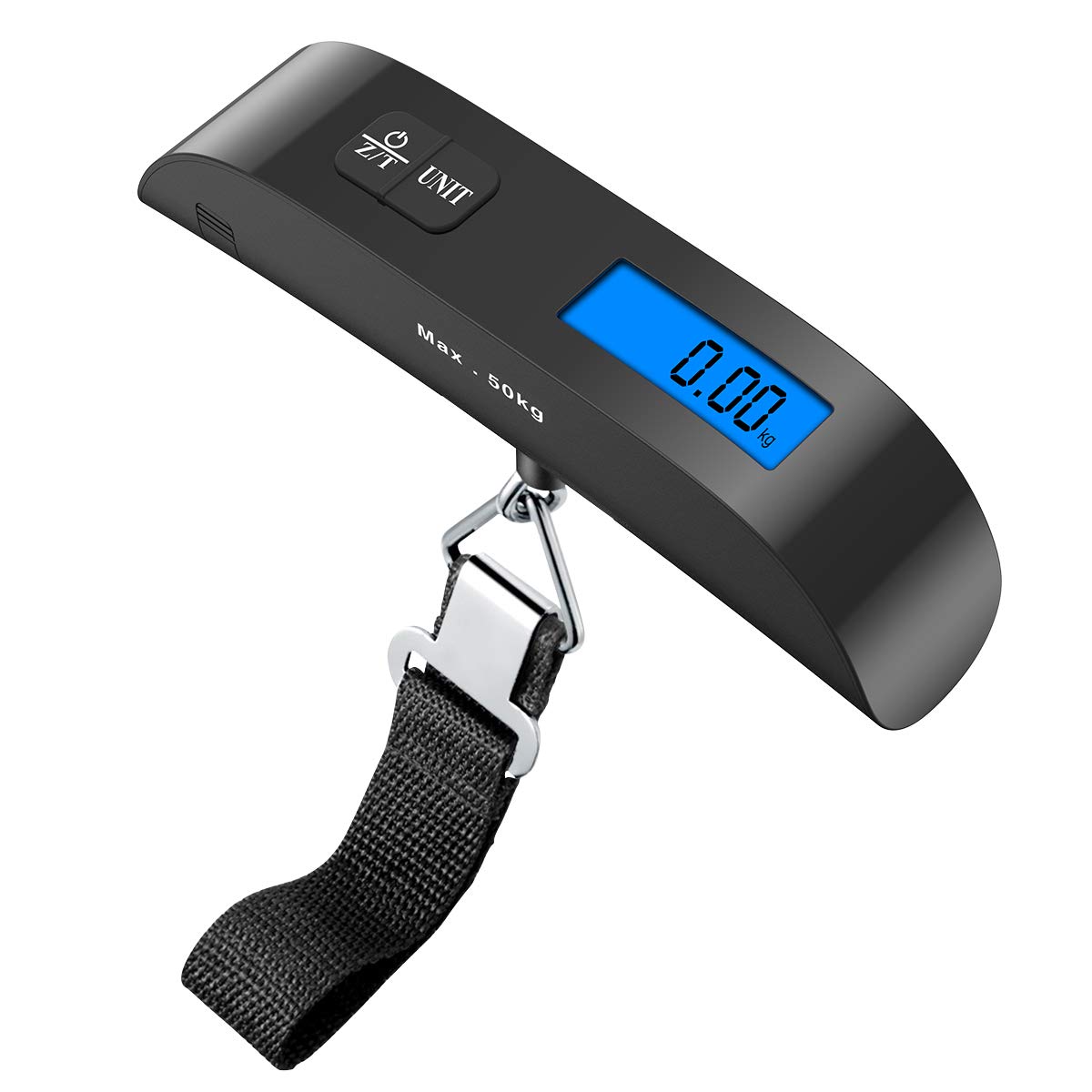 In addition, although it is not directly related to certification, I will introduce the article of Article 9 of the Measurement Act as useful information.

Article 9 (1) Measuring instruments used for weighing the amount of the state of the object listed in Item (i) of Paragraph (1) of Article 2 with a scale or notation by non-statutory units of measure shall not be sold or displayed for the purpose of sale. The same shall be the same for measuring instruments with scale-of-measure by units of measure specified in Cabinet Order set forth in Article 5, paragraph (2) and other than those specified by an Ordinance of the Ministry of Economy, Trade and Industry for use exclusively for special weighing specified by Cabinet Order set forth in the same paragraph.

This prohibits the sale of, for example, a measure with an "inch" scale or a weighing instrument with a "pound" scale or displayed for sale purposes. Violators will be fined up to 500,000 yen.

The penal system is similar to that of PSE and PSC.

If you look at it in detail, there seem to be exceptions, but basically, if you are not familiar with the weighing method, let's not sell weighing instruments other than meters and grams.

You may think that they don't sell such things in the first place, but in China, for example, the display of pounds sterling is not prohibited.

If you import a weighing instrument with pounds displayed on it from China without knowing it and sell it as it is, you may be subject to penalties, so be careful.

This time, I would like to talk about the "general weighing scale" that is the most familiar among household specific weighing instruments, young and old.

What are the standards for household specific measuring instruments?

I think that it is easier to understand if you quote the page of the Ministry of Economy, Trade and Industry as it is.

A household specific weighing instrument is a non-automatic scale (Note 3) that is mainly used for the daily life of general consumers and has a scale of 10 mg or more and a scale label of 100 or more Note 2) that meets the following conditions.

Cooking scale
A non-automatic scale with a hail weight of 3 kg or less, and that measures the mass of food exclusively during cooking.

Note 1) Scale: The smallest digit value displayed on the weighing instrument. If the smallest digit is displayed as 0,1,2,3,4…9 g, the amount of eyes is 1 g. Note 2) Number of tick markers: A numerical value calculated by dividing the amount of hail by the scale amount. Note 3) Non-automatic scale: A scale that weighs in a stationary state rather than continuously automatically weighing. Note 4) Hail quantity: The maximum mass that can be measured.

As I wrote in my last article, the metrology method promises that anyone who does it will get the same measurement result.

On the other hand, the scale for cooking is stipulated to be up to 3 kg or less, but for example, weighing instruments that can weigh up to 20 kg and are mainly used in the kitchen may not be subject to the weighing law.

This is because there are almost no cases where cooking for home use weighs 20 kg, and it is not suitable for measuring the minute amount of hail required for cooking. This is because most of these things are used for business use (mainly kitchens, etc.) and as a reference for weighing roughly.

This is a view that I heard directly from the local government's metrology laboratory.

What other measuring instruments are there?

The reason is that if there is a defect in the weighing instrument that charges due to the weight, the business operator who uses it may commit fraud.

However, such measurement of weighing instruments does not appear in the retail world, so I will omit the details on this page.

The simple flow from import to sales is as follows.

Note 1) Technical standards for specified measuring instruments for home use have been approved to conform to JIS B7613:2008 until December 31, 2016. Note 2) Rounded mark: The following markings are required, and must be displayed in places with a diameter of 8 mm or more and in places where the product is easily visible.

"~~When selling, it must conform to technical standards (JIS B7613:2015), and ~~" means that authentication inspection must be done.

In addition, as will be described later, the common name: Marusho mark must be displayed on the general scale etc.

This area is the same as PSE, PSC, etc.

In addition, it will be produced at a factory in China (overseas),
As a precaution when producing a measuring instrument,

In addition, as penalties for violations of various measurement laws,

Please note that there is.

If you search with the above-mentioned "JIS B7613:2015", the inspection contents etc. are displayed.

However, even if you read all of this, you have to do it to the inspection institution, so it does not make much sense for the business operator to understand from 1 to 10.

Here are a few typical ones.

The most important thing with weighing instruments such as scales is to accurately display the weight in any situation.

In the general use scale, the prescribed weight of up to 200 kg is weighed several thousand times on a basis of Zdon and Zdawn.

Even if you repeat it, it will check whether the correct weight is displayed.

Once, when we certified a Chinese scale manufacturer, there was an error of 2 ~ 3%, so it was a good opportunity to know how loose the standards are used and the accuracy of the Japan weighing method.

As you can see if you look at the contents of the inspection in JIS B7613:2015, the types are very diverse, and inspection equipment is required for each one, and as far as we know, it is not enough for a Japan domestic inspection organization to respond in one place alone.

It will span multiple inspection institutions, and the cost will be well over 1 million yen. If you have any doubts, you may check them out. To that extent, the hurdle to metrology certification is high.

In addition to cost, there are almost no companies that have the technical capabilities to make good use of multiple inspection agencies.

On the other hand, as for how health equipment manufacturers conduct inspections, according to analysis from the information heard, they have their own inspection institutes, and they have accumulated the necessary know-how and equipment there.

After all, the reason why there are only major health equipment manufacturers is that only major companies can conduct inspections.

However, we have the know-how on metrology certification in China, and we have actually authenticated customers at the individual level. The cost is also quite reasonable, so if you are interested, please contact us.

After all, if you collect the contents of this page on the Internet, you can summarize most of it, but in the end you do not know how to take the story to the inspection institution, and in most cases it will be a consultation with our company in the end.

About displaying round marks, etc.

The display of the household specific measuring instrument is very severe, and the display of the importer name (seller name), product name and model, production number, year of manufacture, measurement range and eye volume, type and number of batteries, contact information (telephone number, e-mail address, address) of the window, and round mark are required.

It is a little old, but it is a photograph of the scale in the office. 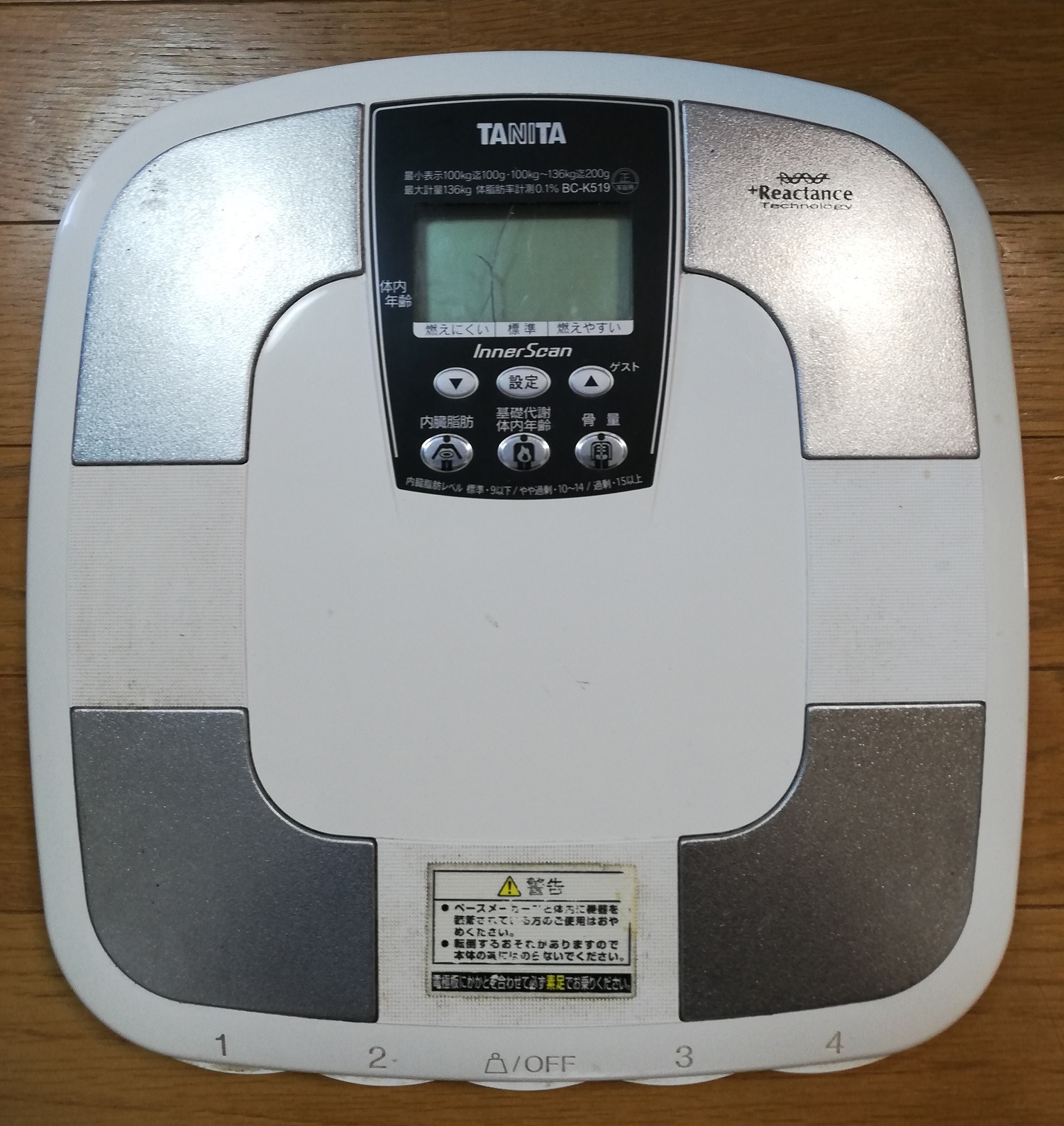 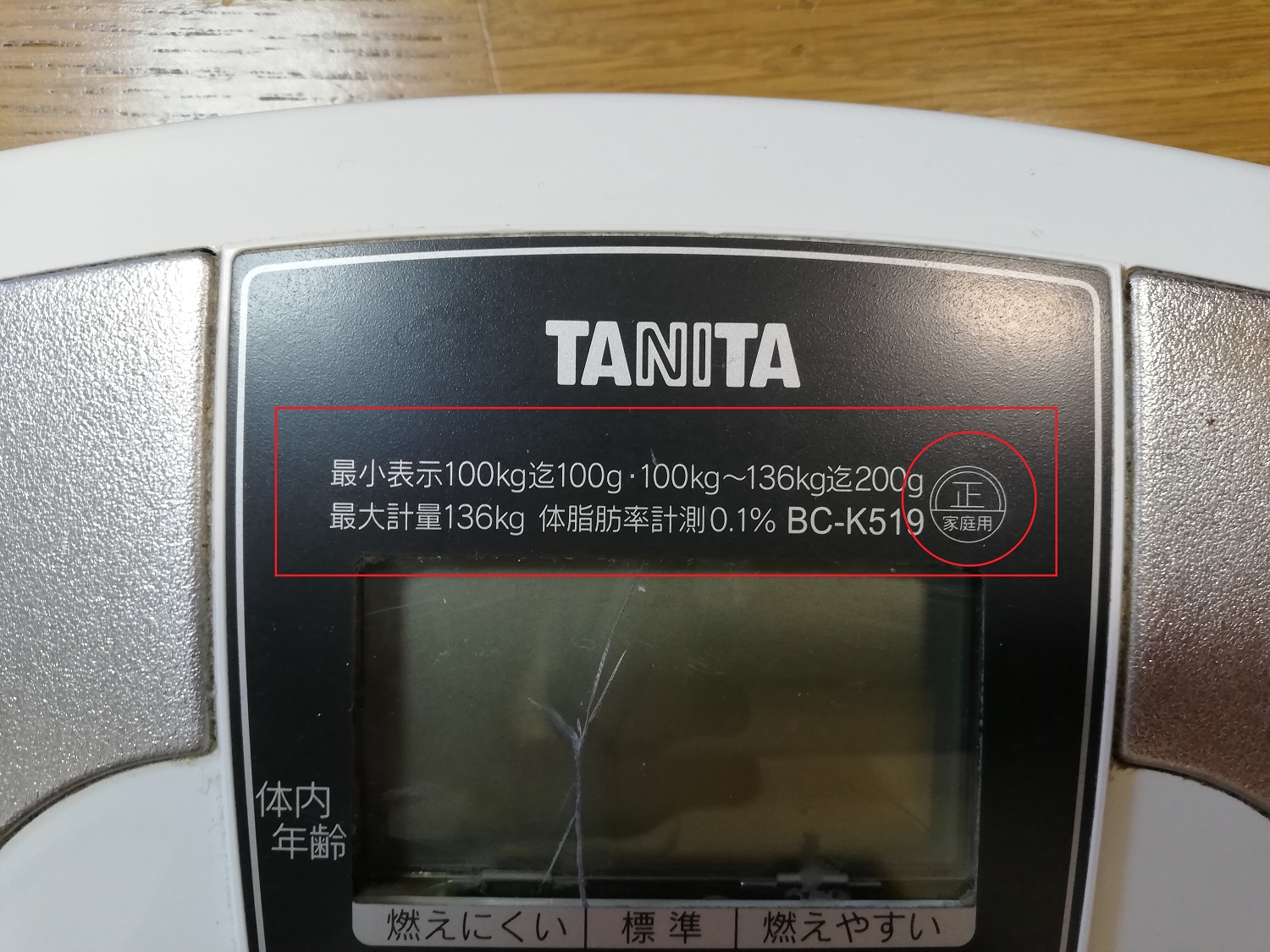 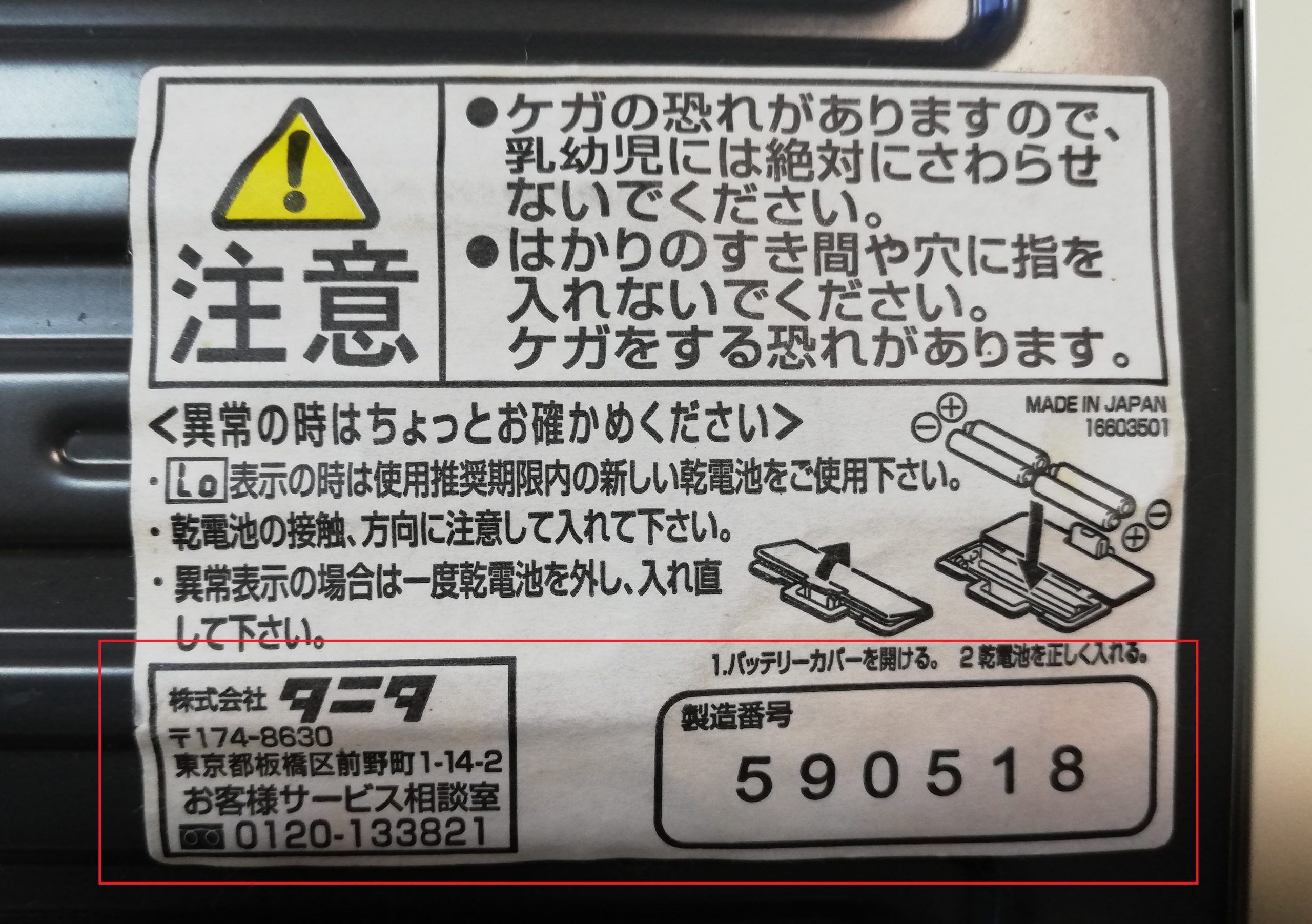 The battery display is listed else than else.

These indications must also be included in the packaging box and instruction manual, making them very strict.

About the flow after authentication

This is also quoted from the Ministry of Economy, Trade and Industry page.

A business operator that imports a household specified weighing instrument must report the total number of imports (types, including the main importing country) of the previous fiscal year to the prefectural governor having jurisdiction over the location of the main place of business by April 30 of the following fiscal year. For details, please contact the prefecture with jurisdiction over which you are located. The contact information of the prefecture under the jurisdiction of the location can be confirmed in the list of metrology laboratories (prefectures).
Quote: Ministry of Economy, Trade and Industry_When importing household specified weighing instruments_To importers

I have a feeling that it is a strict law that it is necessary to report even after selling, but it is a crazy world, but on the other hand, if you can enter here through the proper procedure, it can be said that it is a big business opportunity.

In addition, as with PSE and PSC, there is a post-distribution inspection (trial purchase test) by the Ministry of Economy, Trade and Industry (trial purchase test) for household specified weighing instruments, so products that do not follow formal procedures may be discovered and penalized.

To be honest, there are not many businesses that will enter the Metrology Act, but I would like you to know at least the national system called the Metrology Law, and if you are interested, you can contact us directly.

Until now, the world has been monopolized by some business operators, but I think that the number of entrants in such areas will increase in the future.

The world of weighing is too deep to describe on this page, but I wrote it as the minimum information necessary for certification for businesses that sell specific weighing instruments for home use.

We hope that this content will be useful when certifying specific weighing instruments for home use. 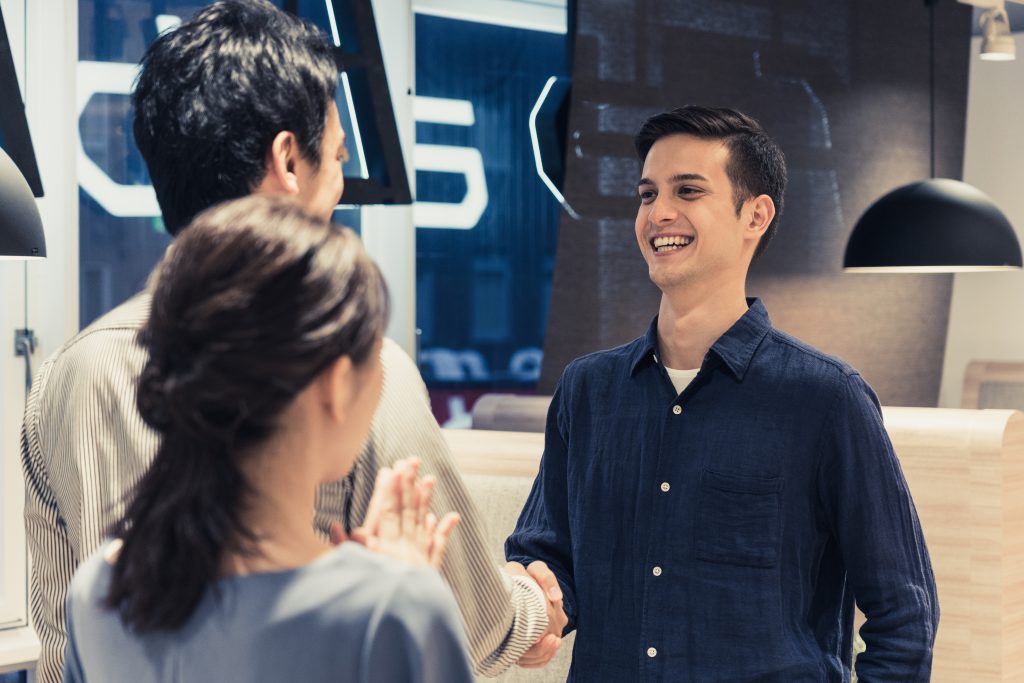