A must-see for side jobs and small businesses! 5 Steps to Quit and Grow Your Niche Strategy

It is said that one-person entrepreneurs such as side jobs and small and medium-sized enterprises should aim for niches. Niche means gap, but there are many consultants who say that niche industries where major companies do not enter are the survival strategies of small businesses.

However, the niche is just a niche market. Such a market eats up quickly, and if someone enters even if it is not a major company, the market will immediately become Red Ocean and you will have to look for a new market.

In the principle of management, don't aim for a niche! I will teach.

The reason is as mentioned above, but there are many blue oceans in the first place, and it is said that you should enter there as soon as possible, prepare the operation mechanism, and win alone there.

Of course, there may be people who want to do it in detail in a niche rather than such a Blue Ocean, but it is a way of thinking for each person, so you are free to choose.

However, I will make choices to grow significantly if we do business anyway, and in the future, we will enter an era in which businesses and companies that do not grow will be weeded out by the government.
We are in an era where we cannot do business, but we cannot afford to not grow.

However, that's a little further ahead, so I'd like to take a step of growth with an eye on the Blue Ocean little by little from now on.

Business tone deaf people who are niches in everything

As soon as you start a new business on an individual or small scale, there are people who say "It's a niche!" There might be no offense as the person in question, but the idea which judges it as an individual, small scale = niche is not understood well.

On the other hand, new strategies and products that major companies do tend to be called Blue Ocean. In the minds of these people, the composition of a major company = Blue Ocean has been completed.

Therefore, it might be logic that only small businesses such as individuals and small and medium-sized enterprises should aim at niches, but I think that, to be clear, fundamentally wrong the way of thinking. Of course, as I mentioned at the beginning, if you are doing business on the assumption that you do not intend to grow, that's fine.

For example, A cup bras for women with small breasts have been popular for a while. Until then, there were few cute designs in the bra of A cup, and A cup bra with a high design that responded to such customers' worries was gaining popularity.

On the other hand, there were many people who aimed at the niche market called A Cup Bra, but it is a story that there is a population of women in A Cup in the first place (at least around me). It's a complete blue ocean, not to let alone a niche.

In addition, pse, PSC, radio law technology certification business such as our home appliances is mainly handled by ourselves by major companies, and at present it is mainly developed for small and medium-sized enterprises, so it is often called a niche.

However, as you can see, what you can do may not be so big, but even small and medium-sized appliances in general, and home appliances themselves have to perform almost 100% certification, so is this a niche?

It doesn't mean that you're disgusted with being called a niche, but rather that you should stop the habit of calling anything a niche if a small business starts something new without judging things properly in the big line.

If you are thinking about a new business from now on, I think it is better to put the idea of aiming for a niche once. Otherwise, you will not be able to make the right business decisions.

For example, we have data from figures from two years ago, and there are such statistics on the retail market size of women's inners. 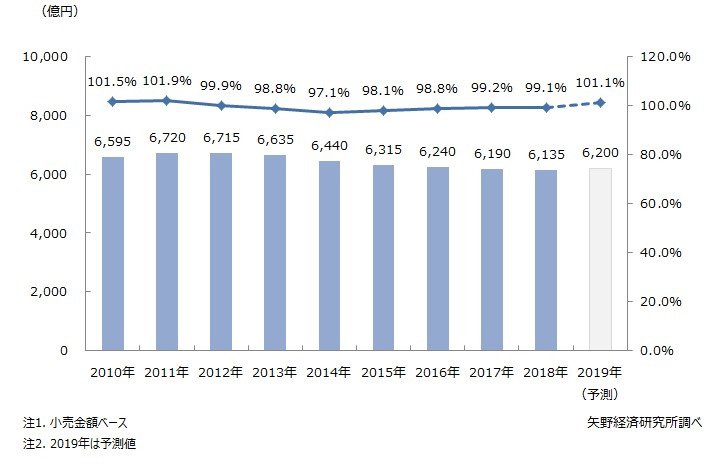 I don't know the bra market, but the size of the women's innerwear retail market in 2018 is 613.5 billion yen, down 0.9% from the previous year. Since it exceeds 600 billion yen, how much more than a few hundred million yen is the A cup bra market, so can you say that it is a niche?

In addition, the size of the home appliance industry in recent years seems to exceed at least 60 trillion. Is it a niche or the authentication business required to sell home appliances?

If you say it's a niche, how big is it not a niche? Or I think it's better to show the definition of a niche.

It's not a rebuttal to consultants who immediately call it niche, but I thought that some people would be misled by it, so I talked to you. First of all, it may be a good idea to start a business by investigating the size of the market such as products and services that you are dealing with.

That said, then, I do not know if it will sell immediately because it is a product with a market scale. There are cases where even if there is a market size, you can not buy your own products.

Simply put, Blue Ocean is something that you realize and build while doing business.

For example, blue ocean's first step is that if you have such products while doing business, you will sell a lot more, and if all the same operators are troubled by such problems and have a business that solves them, you will be pleased.

For example, we will introduce something that is common overseas and not yet in Japan, or try to improve products in Japan overseas at a low price. In the principle of management, there seems to be a tour to go to the United States every year and inspect business types that are not yet in Japan, and companies that made a leap in Japan purchase information and practice it in such places.

By the way, our certification business is using China, which is one of the reasons for the construction of Blue Ocean.

If you do that, the concept of niches will become silly. I don't know how much business I do.
And only those who have a niche faith forever without knowing how to find the Blue Ocean are useful.

It seems that you can discover new business on your desk, and I think it is better to renew such a habit early. Our business is still small and we are going to, but we have never done brainstorming.

It's just a mix of the resources you have and your (potential) needs to make it into content. There are many people who look at our website and ask us, but I don't write any ideas there, I just write the facts in an easy-to-understand manner. 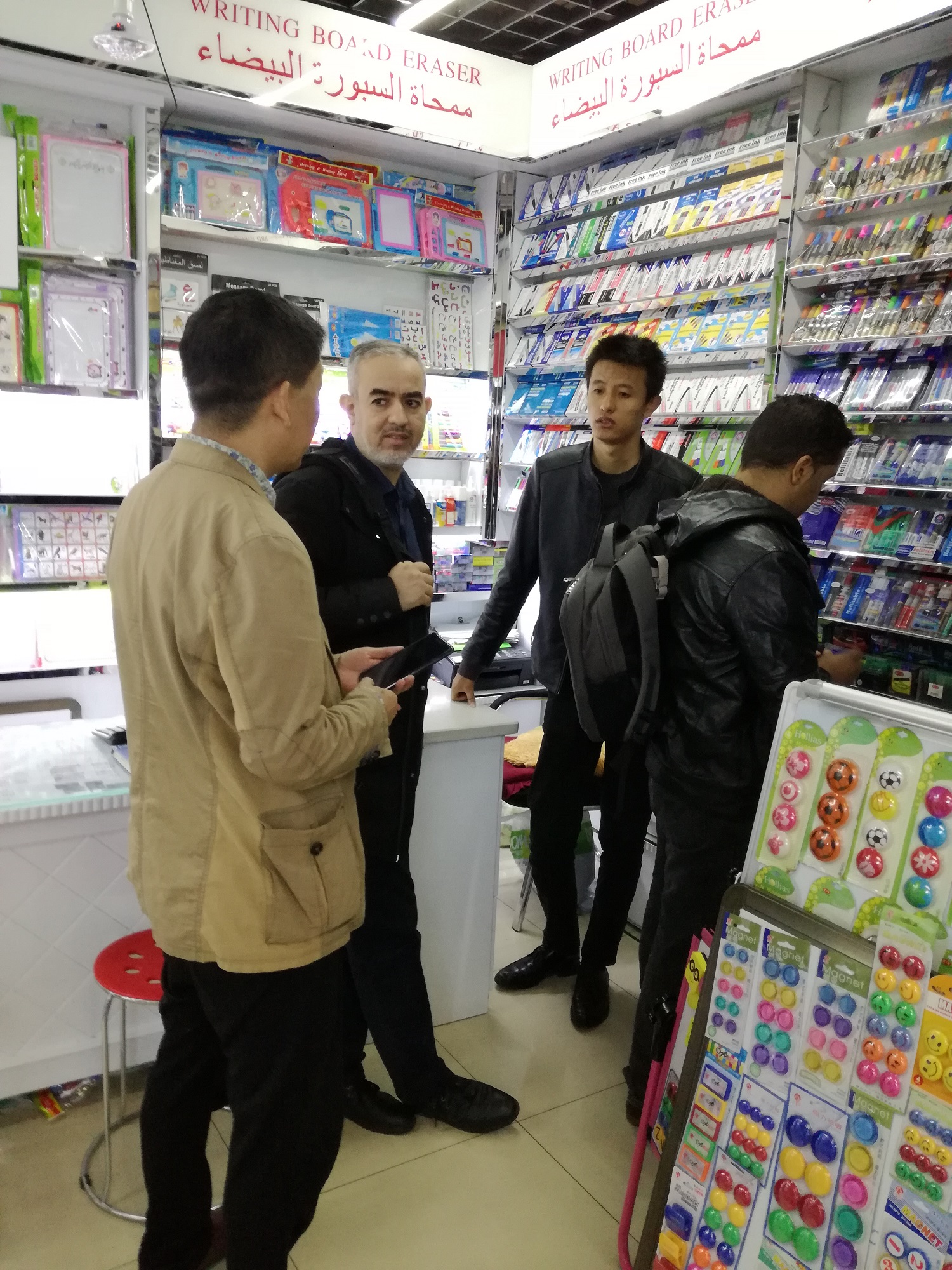 Buyers from all over the world gather at The Yoshitori and Fukuda Market in Zhejiang Province, China, the world's largest permanent trade fair

However, it doesn't make sense just to find something that is likely to be a Blue Ocean.
By establishing an operation system to ensure a stable supply of these products to our customers, we will create barriers to entry, and that is our business.

For example, in order to improve Japanese products at a low price overseas, you must have the resources to produce overseas, and if you do not, you need to look for them. Even if we simply introduce overseas products, there are a lot of things to do, such as negotiating for purchase, confirming intellectual property rights such as trademarks and designs, and arranging customs clearance and transportation.

In addition, introducing a new business model from the United States is also a pile of researching what to do and how.

Again, as an example in my authentication business, it would be nice to use China, but what about language problems? Where to certify in vast China? Can you get out of touch on the way? There are many challenges such as. On the other hand, is there a customer's rejection response to authentication in China?

Solving these things one by one will make the business feel, naturally create barriers to entry, and become a Blue Ocean.

Again, such a solution cannot be solved by brainstorming. Anyway, there is only practice.

Let's refer to government policy etc. whether the market will grow in the future.

I told you that the growth potential of the market is a major factor when thinking about Blue Ocean, but finally, I will introduce it as a reference for how to find it.

Working for a private company may not pay much attention, but I worked for JETRO, a public institution under the jurisdiction of the Ministry of Economy, Trade and Industry, so I had many opportunities to see the websites of ministries and agencies.

These are national policies and you can see how the country is oriented in the future. In addition, these measures are often subsidized. In other words, companies gather here.

It might be one hand to try to suppress such a place.

Of course, it is the royal road to simply find products and services that are likely to become Blue Ocean from the existing market, but if you look at various multifaceted things, you may see a new business.

The government is going to do it in the future, so that's not a niche. Let's look for this first without giving up even before doing it when only major companies can do it.

As a government policy, major companies are willing to do it without permission, and they often provide generous support to SMEs that are trying to take policy seriously. This is also one knowledge.

If you think so, you will find that the logic is broken at the time of targeting a niche. Finally, let's brainstorm and aim for a niche if you don't grow and stay as it is.

However, if you really want to grow, let's take various measures and aim for blue ocean. 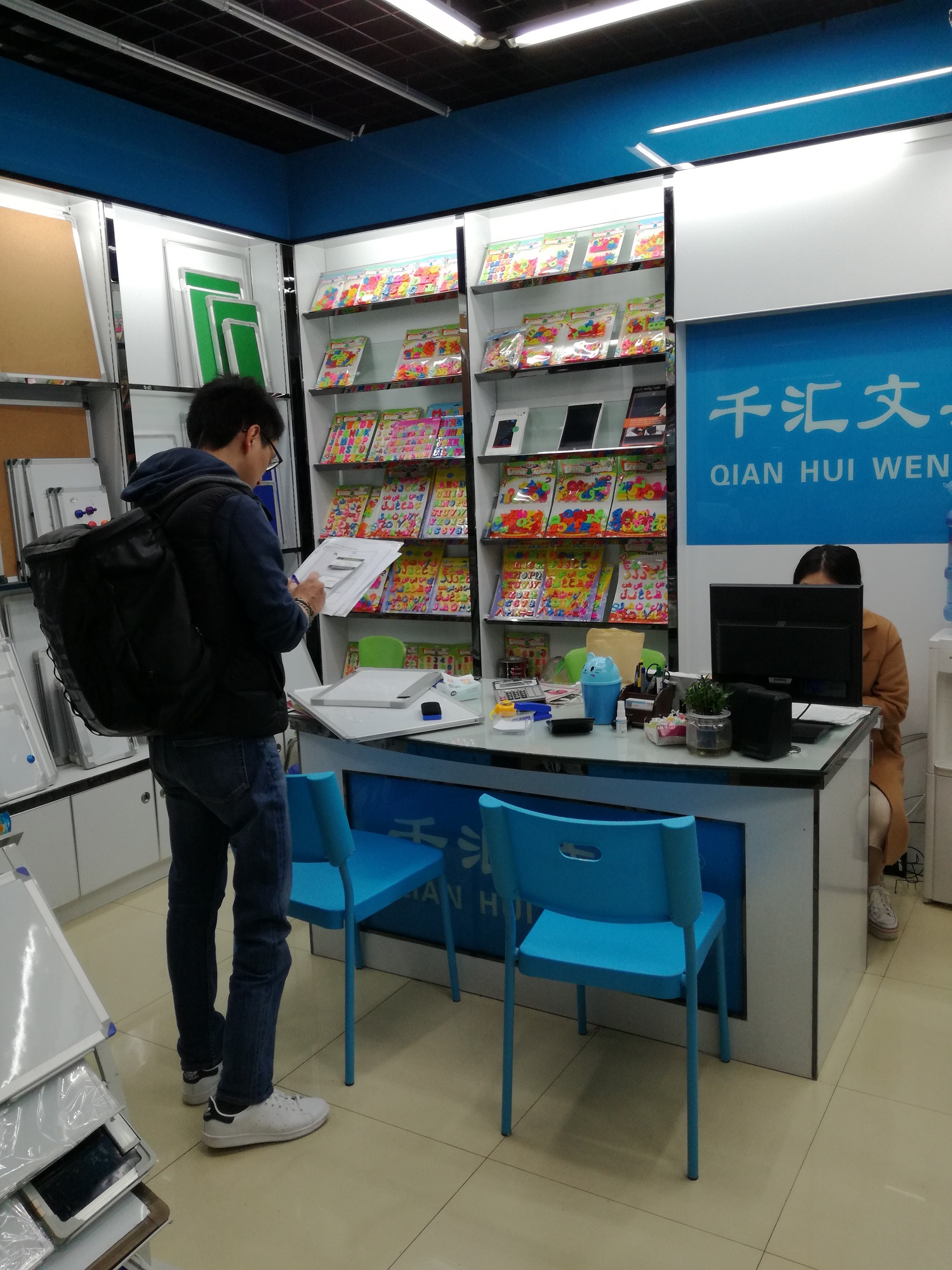