What is necessary for displaying basic knowledge and skill mark for those who have trouble with radio law (technical suitability) certification? Wifi, Bluetooth, 4G are essential radio law!

What is necessary to display basic knowledge and technical conformity marks on the Radio Law (technical suitability)? For those that use wifi, Bluetooth, and 4G, the Radio Act is essential.

In the previous article, I explained the minimum points necessary for a business operator to know about the PSE (Electrical Appliance and Material Safety Act). This time, I will tell you the points you need to know about the Radio Law (technical suitability).

One of our strengths is that we handle authentication agency services in all genres such as PSE, PSC, and Radio Law.

In some cases, there are two certifications required for one product, and such products can be handled with a single request.

Now, about the Radio Law. Recently, smart home appliances have become a hot topic, as represented by Bluetooth earphones and Bluetooth speakers that connect to smartphones.

In addition, there is an increasing number of products equipped with Wi-Fi functions to perform services using the cloud. Many of these products require Radio Law certification.

What is the Radio Law? 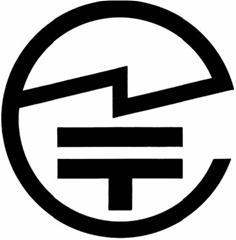 A law enacted in 1946 with the aim of promoting public welfare by ensuring the fair and efficient use of radio waves. Its predecessor was the Wireless Telegraph Law enacted in 1920.
Administered by the Ministry of Internal Affairs and Communications.
If you emit radio waves without obtaining a license (using equipment that has not obtained radio law), you are accused of opening and operating an illegal radio station, and it is a violation of the Radio Law. Imprisonment for up to one year or a fine of up to 1 million yen, and imprisonment of up to 5 years or a fine of up to 2.5 million yen for obstructing a highly public radio station.

The Radio Law is a law in which users are subject to penalties, and business operators should be careful!

There are many people who are misunderstood, but in fact, the Radio Law has a stronger aspect of the law of the national radio wave administrative protection than the aspect of the user protection law like PSE and PSC.

Also, if you look at any page about the Radio Law, it is stated that there are the above penalties for use, but it is never written that the business operator who sold it will be punished.

It is a strange law, but I remember well that when I inquired about it by telephone with the person in charge of the related agency of the Ministry of Internal Affairs and Communications, he said mockingly, "The Radio Law is a monkey law, isn't it?"

Occasionally, there is news that police have caught a store that handled wireless walkie-talkies without permission and kept in touch with each other, but this law is fundamental. In the end, the person (user) who used it, not the seller, will be penalized.

To put it extremely, even if a handling business operator handles Radio Law products without permission, it will not be legally punished.
However, if you do not do it properly, there may be problems with social credibility (compliance), so basically it is necessary to authenticate firmly.
In addition, illegal wireless products are often suspended from sale at sales malls and the like.

The country's radio laws and regulations are intensifying.

This ad was taken between June 2019 and 2021, and there was a lot of advertising with the same appearance.
At that time, there was an Olympic Games, and the purpose was to appeal that there were no illegal radio waves when people from all over the world gathered.

Since it is off the main topic, I can't help but say it too many times, but I think that it would be better to amend the law so that operators who sell illegal wireless products can be cracked down on if it is to call for it in this way, but are there any barriers?

In the first place, what is the meaning of Radio Law (technical aptitude) certification?

It has been repeatedly stated that Radio Law certification must be carried out. What is the meaning of the Radio Law necessary to authenticate in the first place? I'd like to quote a recent article that mentions that part.

Foreign-made devices that emit radio waves are on the market, and there are cases where communication devices such as aircraft are jammed. There are conspicuous examples of people purchasing equipment that does not conform to the standards stipulated by the Radio Law on the Internet and using it without noticing it. The Ministry of Internal Affairs and Communications has warned that "the use of non-standard equipment may endanger the lives of many people." 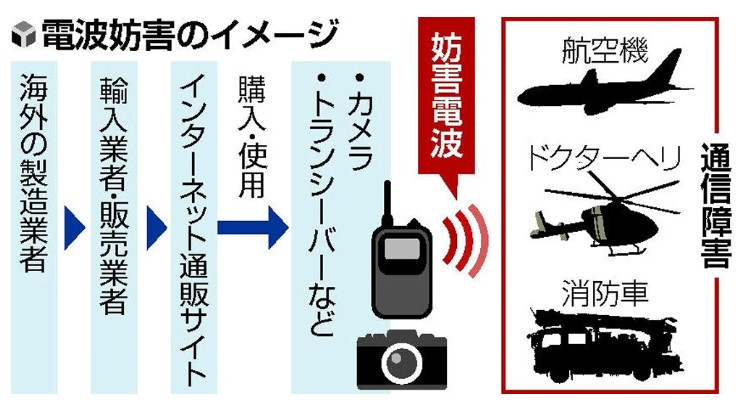 In Japan, there are many devices that use radio waves, such as aircraft, medical equipment, ambulances, and satellites. If there is anything that interferes with these radio waves, the above-mentioned important radio wave equipment may be damaged, and there is a possibility that chaos will occur in society as a result.

For example, if there is a malfunction in an aircraft or a measurement error in a medical device, it is a life-threatening problem.

Therefore, in order to prevent radio waves from interfering with each other, there is a frequency band that is also assigned to wireless radio wave equipment used by general users, and if it is used within it, there is no particular problem.

Just don't know if the product is really in the allocated frequency band, don't check. In particular, there are many overseas products that do not take into account the frequency band of the Japan, so there is a radio wave method (technical aptitude) test to confirm it.

It is not only a large number of products, but it does not mean that it does not matter because it is a small number of 1 ~ 2 pieces. I don't know how dangerous some of the few products that have not been inspected are.

Almost everything that emits radio in the world, called Wi-fi ○○, wireless ○○, cordless ○○, smart ○○, Bluetooth ○○, is considered to be subject to the Radio Law.
For instance 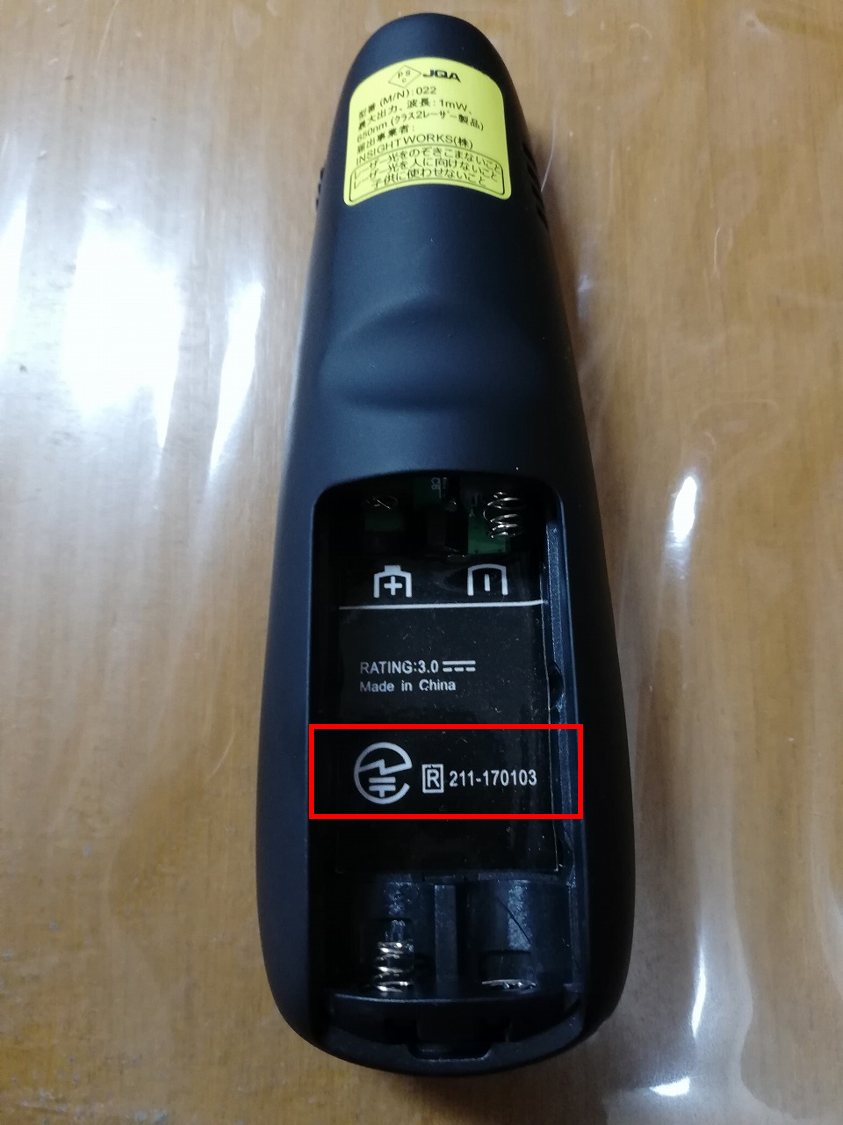 Wireless presenter (When the supplied USB receiver is connected to a laptop computer or the like and operated, the slide switches using wireless radio waves) 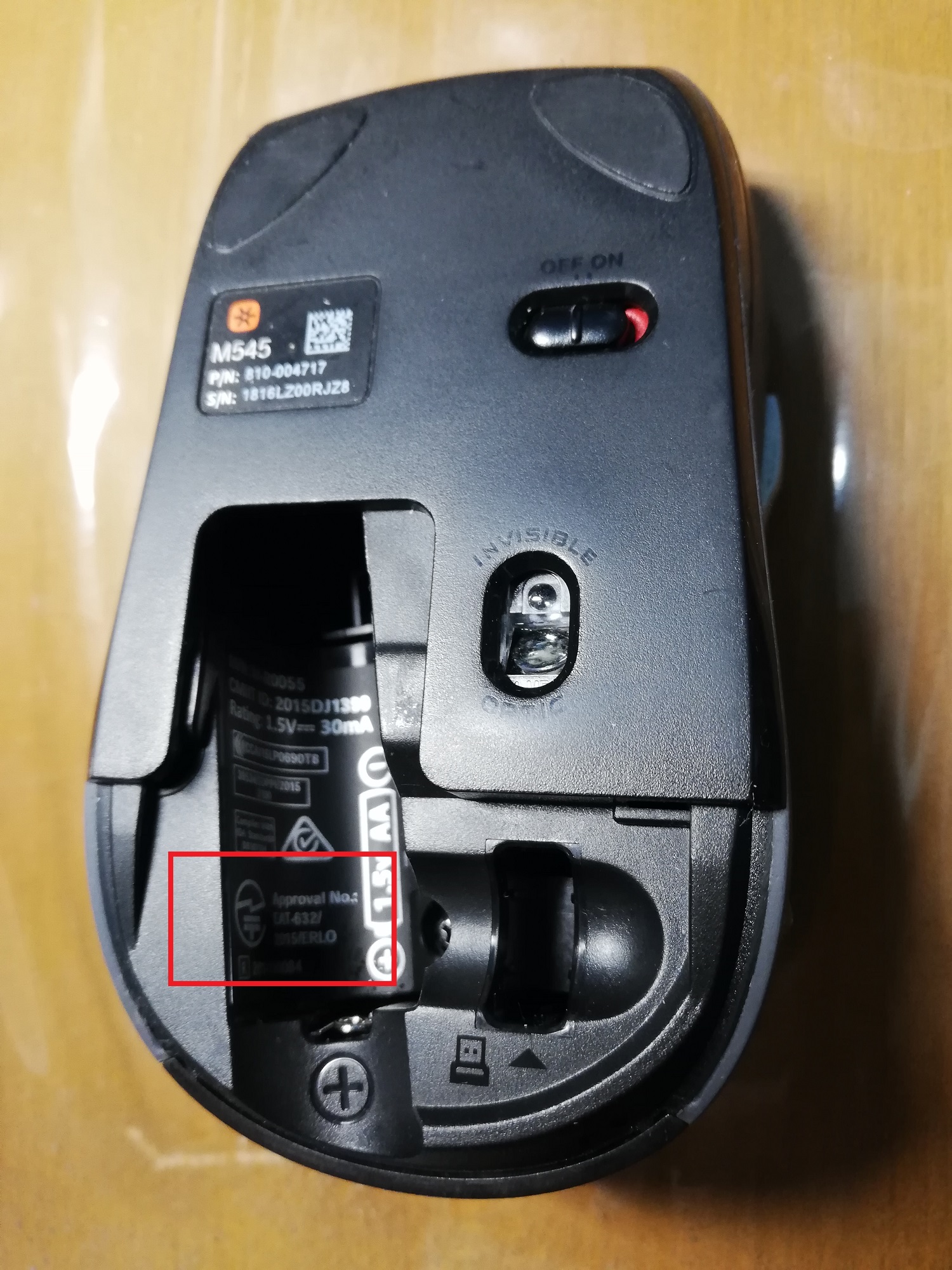 Rechargeable electrical appliances have nothing to do with the Radio Law, and remote controls such as TVs and air conditioners are infrared communications, so this is also not related to the Radio Law.

For example, if you cover the remote control with your hand and press the switch, it will not work.

In addition, wireless devices equipped with 4G such as smartphones and other telephones, translators that are trendy recently, wi-fi routers, etc. are extremely expensive in terms of authentication costs.
There are quite a few inquiries, but most of the customers give up just by hearing about the authentication cost (of course we can also do 4G authentication).
However, it is still possible to certify relatively cheaply if you use a Chinese inspection institution, so if you are interested, please contact us. 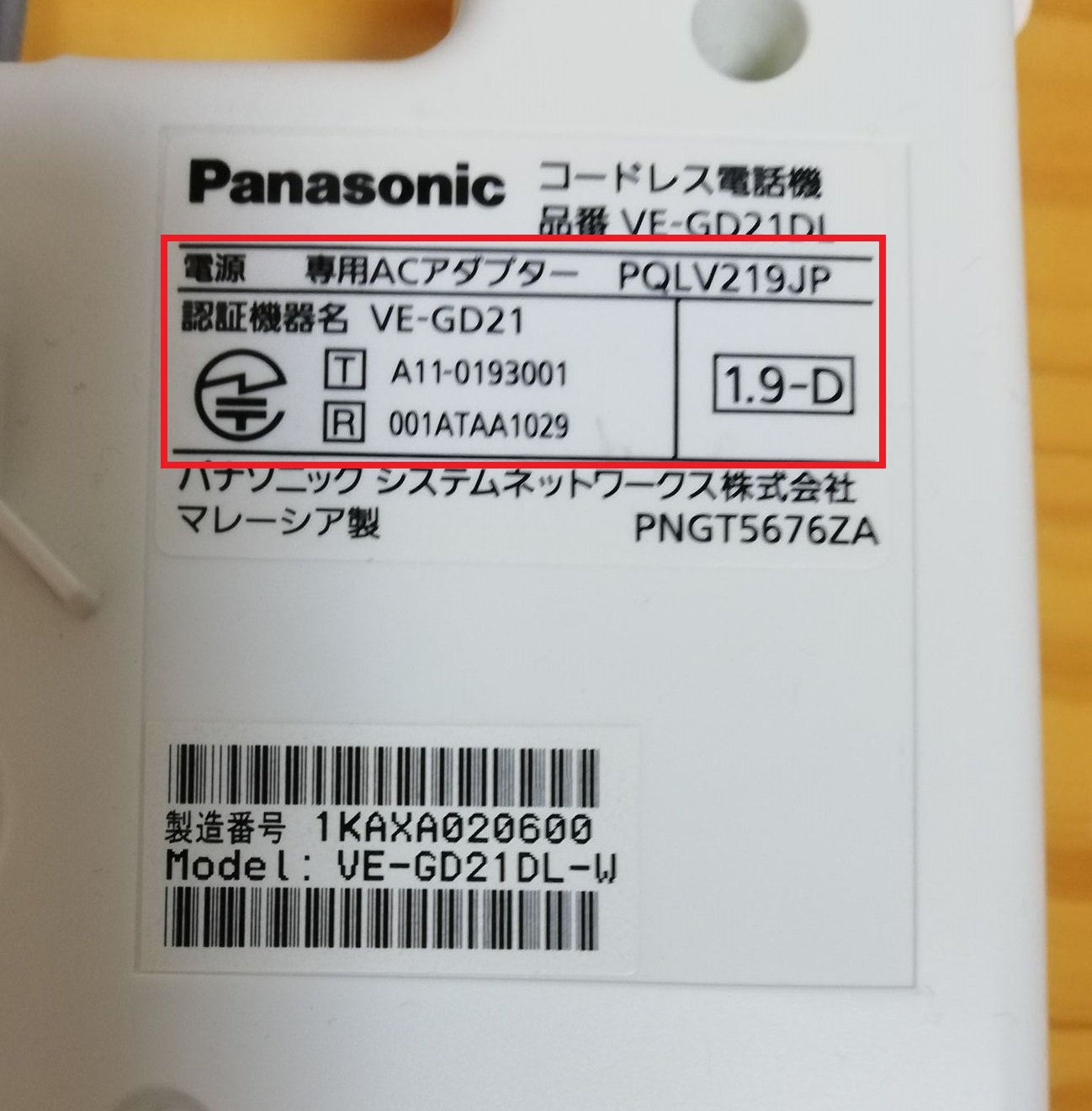 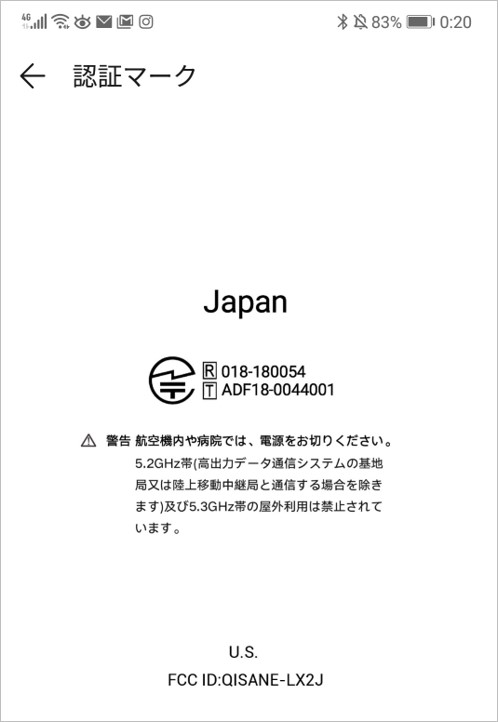 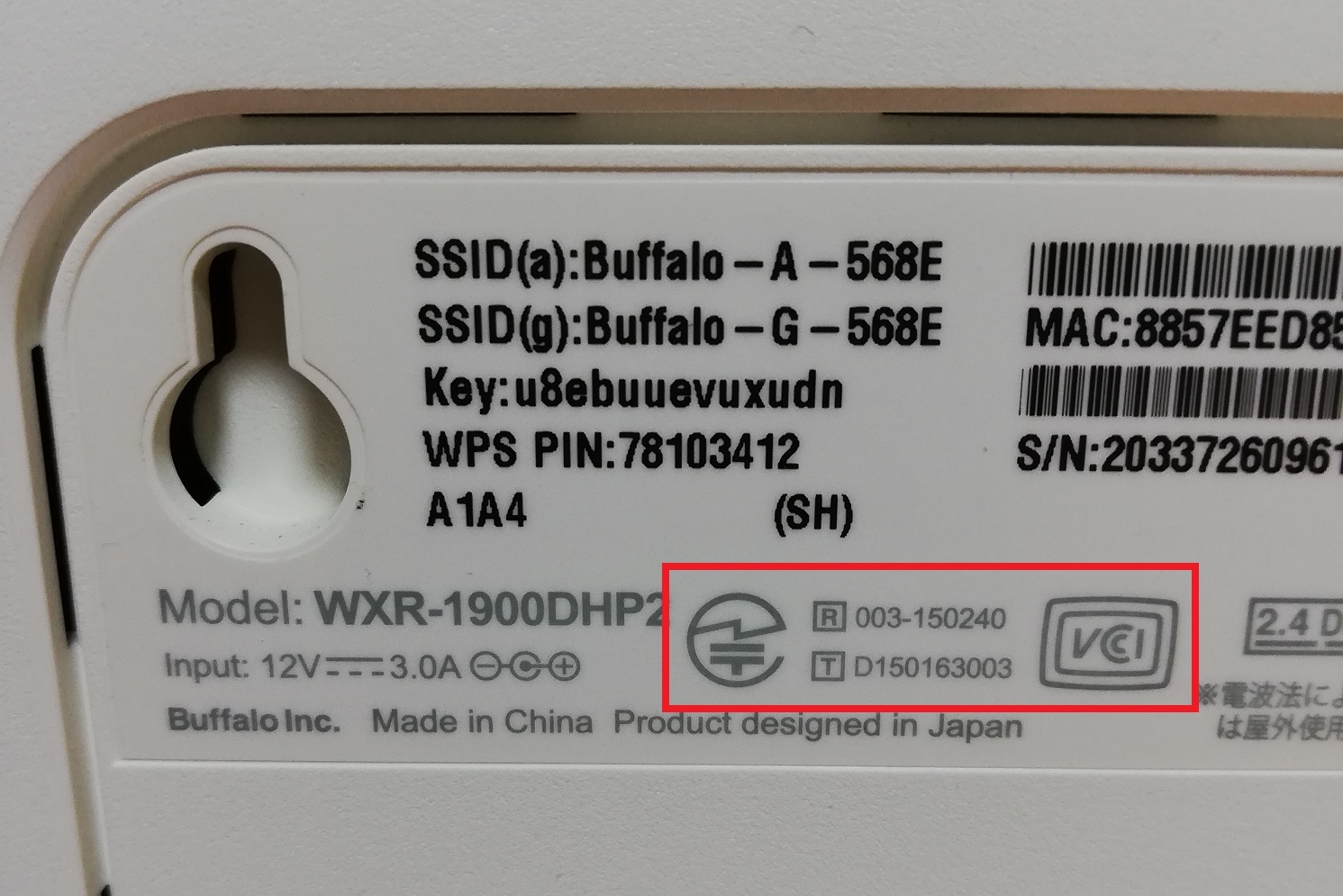 Q. Does it fall under the "Special System for Experiments using Unfit Equipment"?

A. It is a system aimed at experimentation to the last. This is to ensure that newly developed products do not violate the Radio Law when conducting experiments on their own. It is better to think that those that are already sold overseas are basically not eligible.

Q.Does it fall under the provisions of "Weak Radio Station"?

A. "Field strength at a distance of 3 meters from the wireless equipment (strength of radio waves)" is within the specified range, most of the radio law products used such as retail are not weak, and especially those using Bluetooth do not fall under the weak. In addition, since there is an inspection to prove the weak radio, after all, some kind of inspection cost will be incurred.

It is also a method that can not be easily judged without engineers etc. in the team, but if you purchase a radio wave module that has passed the radio wave law inspection and incorporate it into the product, there are cases where the product itself does not need to be certified under the Radio Law. We also provide consultation on these points.

As I wrote on the PSE page, I actually confirmed it with my own eyes, so I dare to say it under my real name this time, but there are many cases where wireless products do not have radio law indications or radio law labels are incorrect at Internet malls such as Amazon, or illegal products are sold.

In other words, it can be inferred that it is an illegal product that has not been properly inspected by radio wave law. Of course, there are cases where even Japan people handle illegal goods. In any case, you should be careful about wireless products that are too cheap.

As I mentioned earlier, the problem with the illegality of the Radio Law is that users are subject to penalties.

In fact, users who use illegal wireless products sold in retail units are unlikely to be arrested by the police, but it is considered morally problematic to sell illegal products to an unspecified number of people.

Of course, you won't be able to do a big business, so at the end of the day, it means that your business won't get bigger.

In addition, the Radio Law displays the license and license number on the product, but when you check the one with the radio law number in it, there are quite a few cases where the number does not exist or it is a reuse of a completely different product.

The Ministry of Internal Affairs and Communications also enacted this law by itself, so I would like you to crack down on such illegalities promptly. 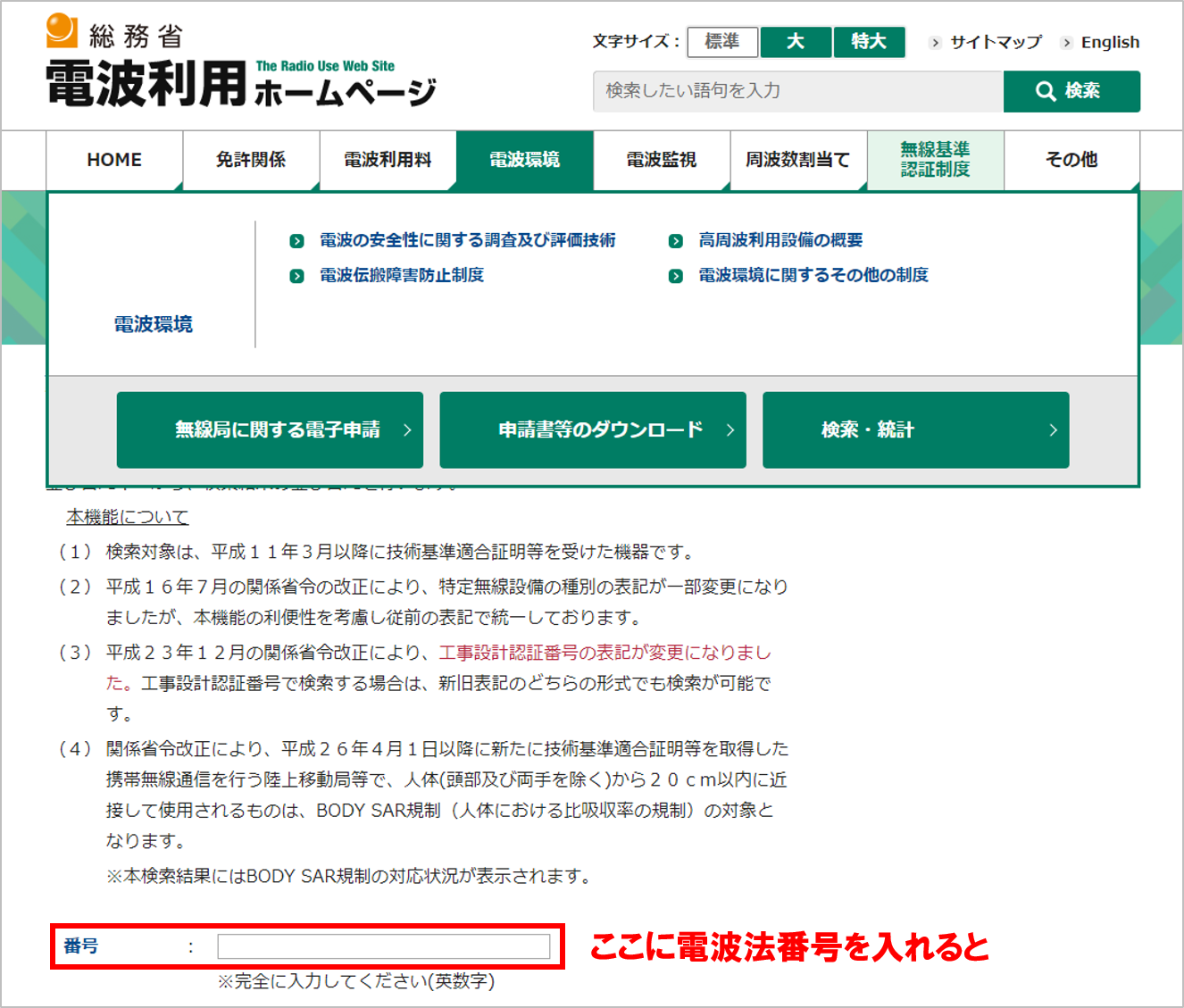 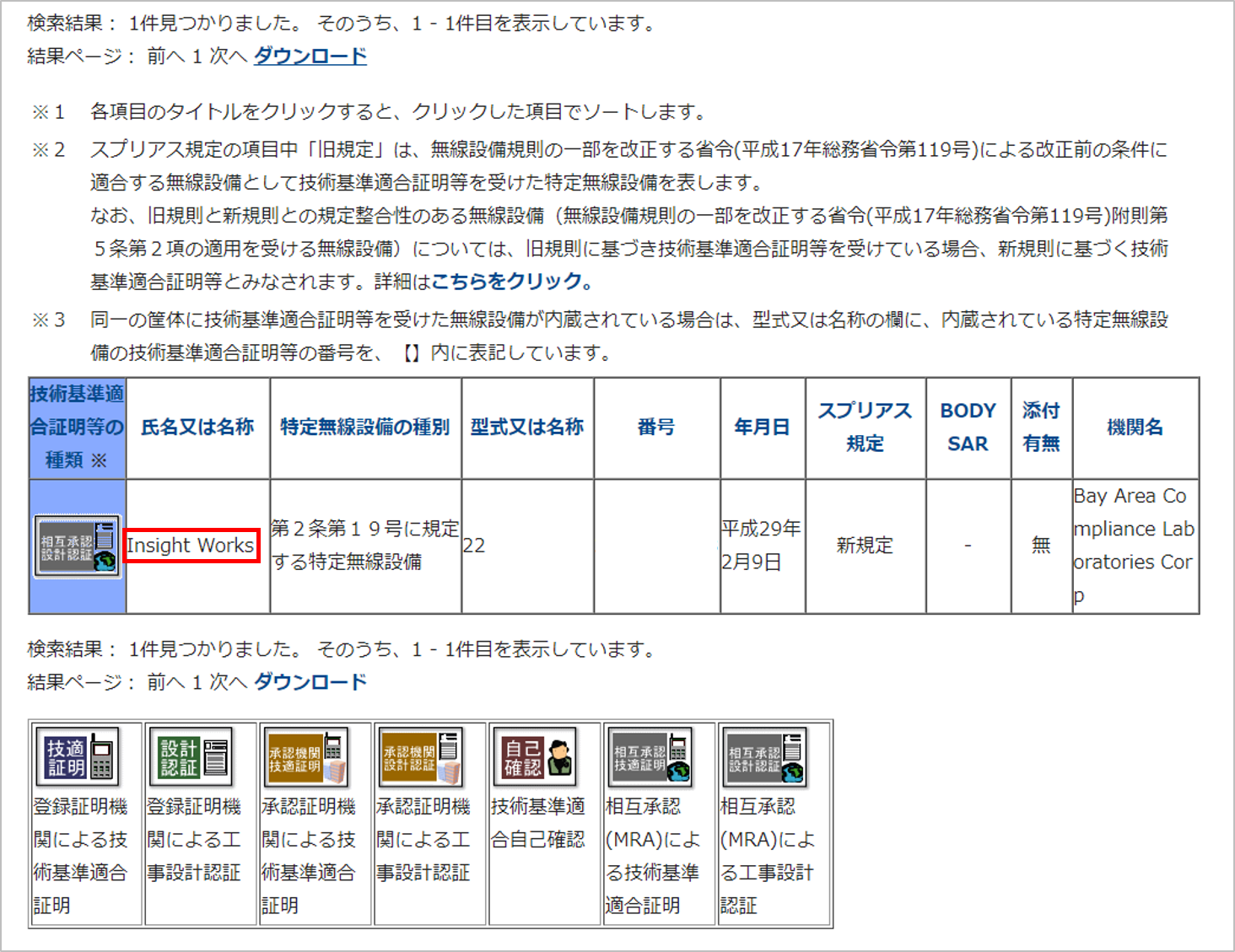 I will also write about the procedures of the Radio Law from the next time onwards. 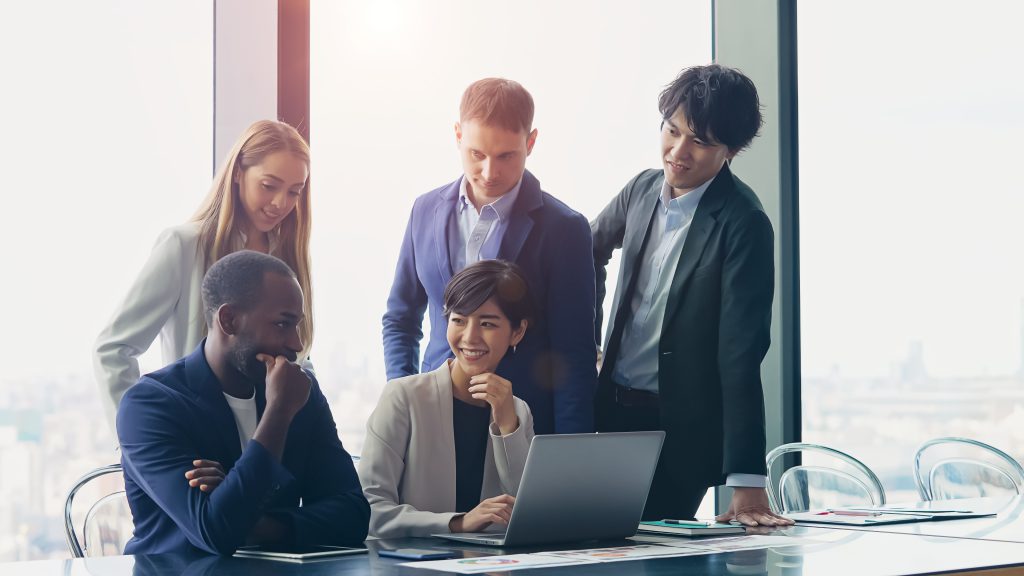