Previously, we have written our knowledge on how to save authentication costs such as PSE, PSC, radio law, etc., but it has been very well received.

However, it is not interesting just to say the knowledge, and above all, there may be doubts about the authenticity. So this time, I would like to tell you an example of actually saving money.

The theme is to save the cost of testing pse (other than specified electrical appliances: round PSE) that we are going to sell using local government subsidies.

Subsidies are really coming down at PSE and elsewhere! I think that you can refer to that.

What subsidies did you use?

The purpose of the subsidy is

The business continuity and development support subsidy (sales channel development support type) aims to lead to the promotion of small and medium-sized enterprises and the revitalization of the city's economy by providing subsidies for expenses related to developing sales channels for business continuity of small and medium-sized enterprises in the city, amid the expected prolonging of the impact of the new coronavirus infection.

The subsidy rate is

In addition, the use of subsidies is

So, I thought that pse (certification) costs also corresponded to these 3 "product development and development of new services".

Just in case, I decided to call the person in charge of Yokohama City and ask.

Hori: Is pse the cost of applying for licenses and licenses for electrical appliances under the jurisdiction of the Ministry of Economy, Trade and Industry eligible for subsidies?

Person in charge: To be honest, I don't know about PSE, but is it different from patents, for example?

Hori: In the sense of a legal system established by the state, it is the same, but the cost is contributed to a different destination. PSE pays inspection costs to the private sector, inspection institutions such as foundations, etc., and patents pay the registration fee directly to the Patent Office (national institution). PSE does not pay 1 yen to the Ministry of Economy, Trade and Industry itself.

Person in charge: If so, you can apply. Due to the nature of the grant, it does not apply to the costs paid to the country.

I was a little surprised to learn the scope of the grant again, but in any case, I realized that the cost of the PSE exam was eligible, and I immediately started writing an application.

The contents of the documents for the subsidy application are released!

It is a document that I actually applied for. 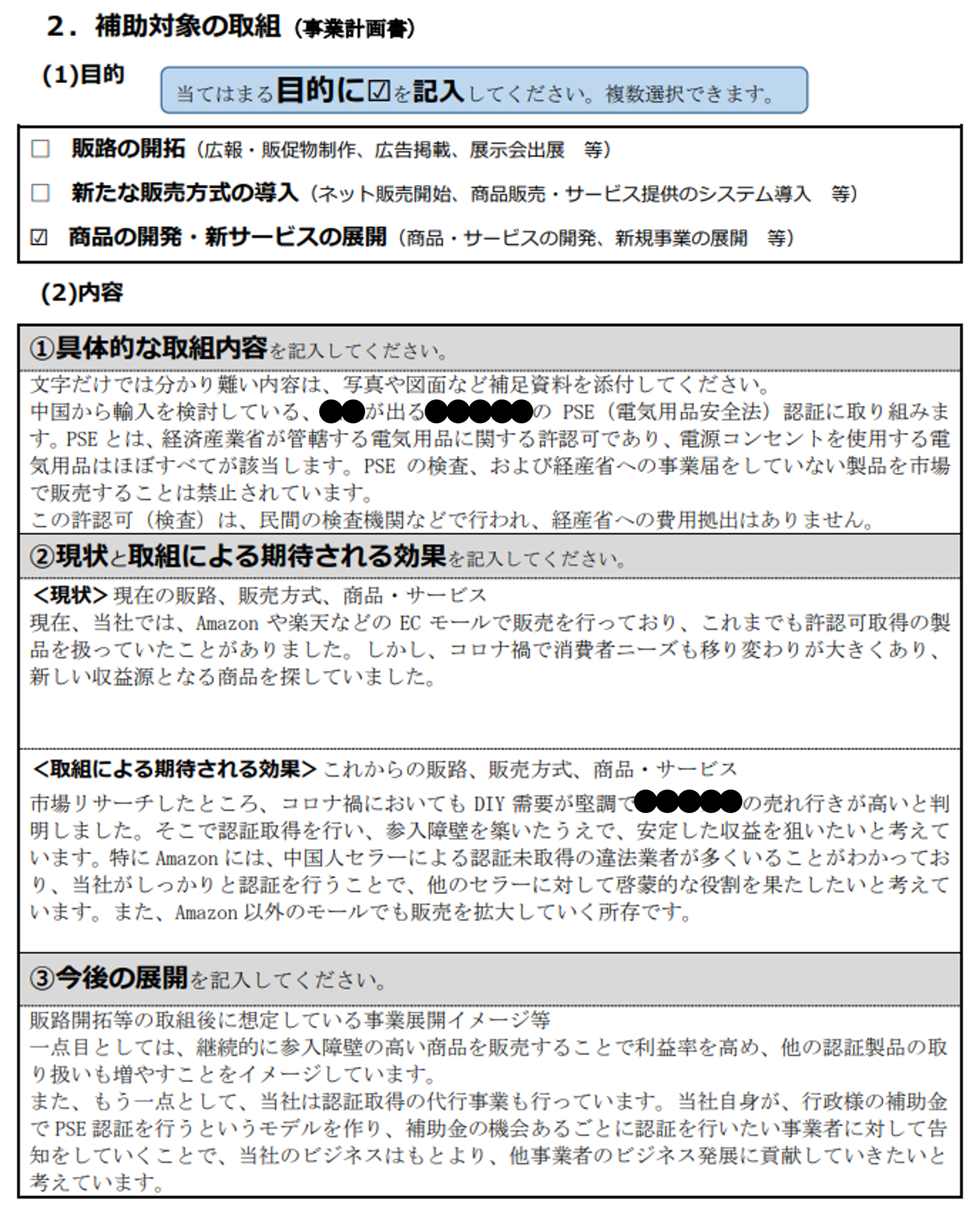 This application was prepared by 100% of the applicant, without any professional professional such as administrative scrivener, company laborer, and small and medium-sized enterprise diagnostician. As for authentication, I feel that I am used to writing in my usual work, so I felt that it was not necessary to outsource this amount.

That's all I had to provide.

I think that it is three points.

Up until now, I have had experience in creating applications for manufacturing subsidies and business restructuring subsidies that are conducted on a national basis with experts, so I honestly think that this amount will be done. In addition, it was very helpful that I did not have to put out the expected figures such as sales. As a matter of fact, if you don't sell it, you won't know what's ahead.

By the way, as I wrote in "(3) Future Development", I am deeply moved that the business development image that I would like to encourage those who are considering certification in the future to use the subsidy if the subsidy is adopted is realized.

The contents of the subsidy grant decision notification are open to the public!

I was never told about the contents of the application, but after receiving several questions and corrections about the format such as the company outline, the following notification was sent about a month later.

There is no specific information in this notice itself for you, but we hope you will see it as evidence that your grant application has really been adopted.

The name of the mayor of Yokohama is also quaint, the former mayor, Fumiko Hayashi. 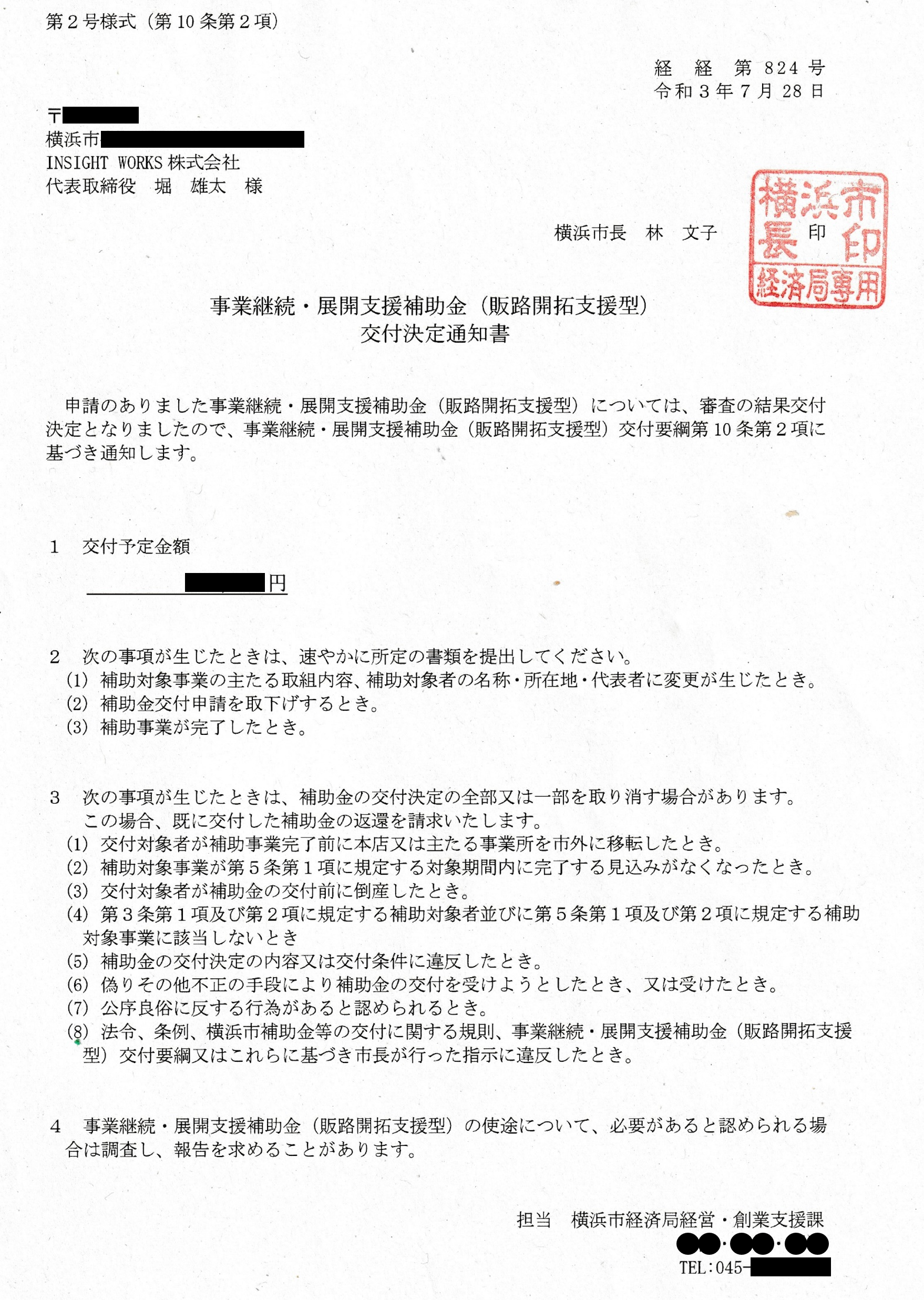 Since we have not implemented the project yet, the actual grant will be issued at a later date.

There was a notice of adoption in late July, and this media is written in late August, but it is not yet possible to actually implement the project due to negotiations with production plants, scheduling with inspection organizations conducting PSE inspections, and busy other operations.

The deadline for conducting projects and applying for subsidies is January 31, Reiwa, so by then I would like to make arrangements in time. In fact, if the cost is issued, I would like to tell you again in this media.

It is also a feature of the subsidy that there is a break in the period, so if you do not plan to implement the project for a while even if a strange story or subsidy is adopted, it may be better not to apply from the beginning because it will be a waste of time.

It is true that we have not moved yet, but we will make various adjustments and work on it from around October. 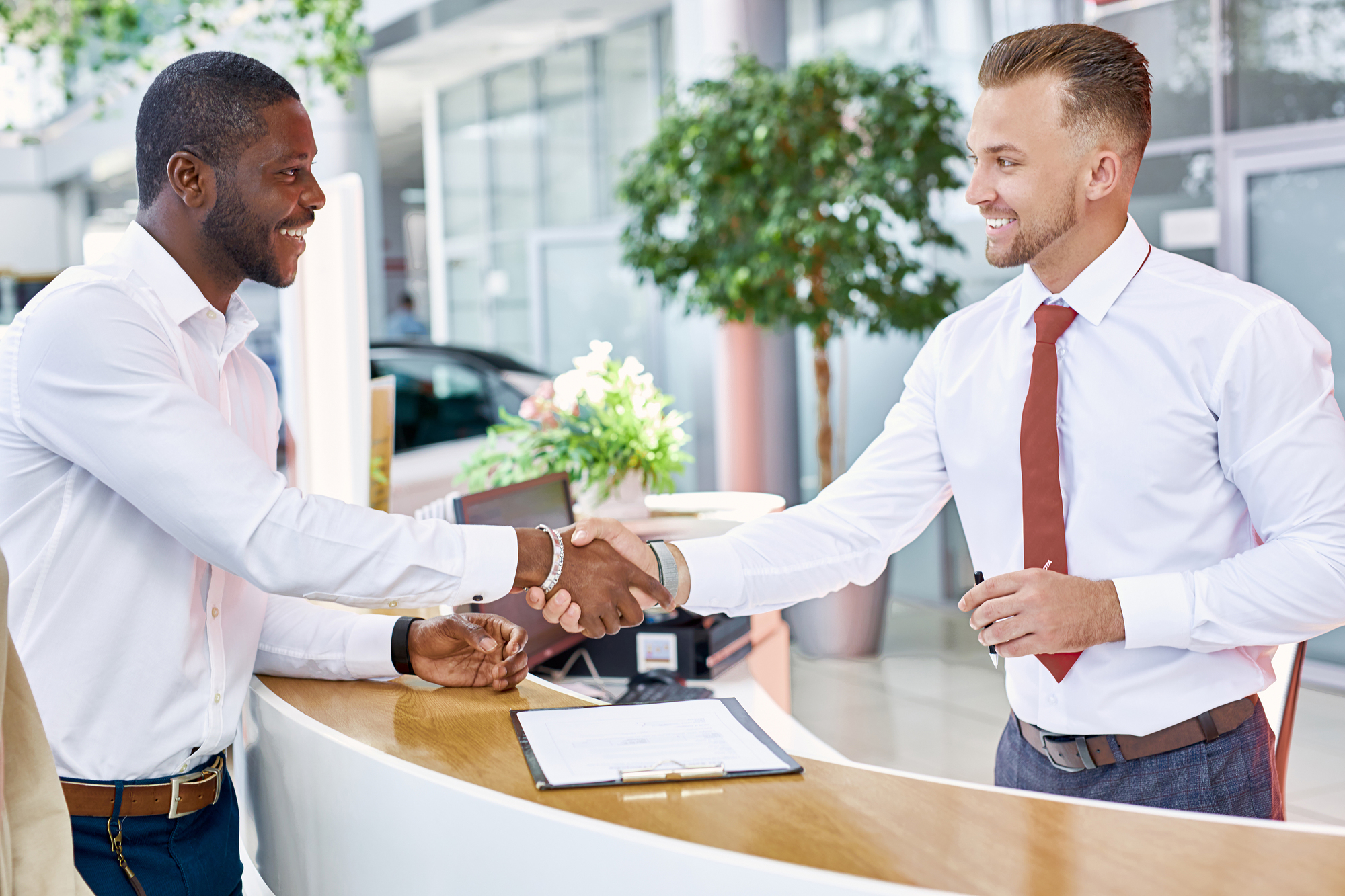 Impressions of the grant application being adopted, points to note, etc.

First of all, since this subsidy is unique to The City of Yokohama, I have not checked whether there is something similar to other municipalities, so I do not know. Yokohama City is also one of the most enriched local governments, so such subsidies and subsidies are also active.

In addition, I think that the application conditions, format format, submitted documents, and supplementary content have not been unified by local governments in how to write the contents of the subsidy application. Therefore, if you are not in Yokohama City who saw this page, you will not be able to receive a point that is "different from the contents of owned media", so please understand that point. If you do not know the information, you may want to go to the local chamber of commerce and industry.

However, even if there is such a premise, business operators who want to authenticate but want to save even a little money are recommended to search the homepage of the local government where the company is located once for the time being.

Even in our company,

When I searched by keywords such as, this subsidy page was hit.

I think that the ability to gather information will also be questioned around here.

In addition, as I mentioned earlier, the content required for the subsidy application at the local government level is relatively easy, so I think that you can respond sufficiently on your own without necessarily asking a professional. However, if it is difficult to draw a story about certification, please feel free to contact us.

If you request certification and want to apply for a grant, we can provide such advice for free.

In the first place, certification itself is a national system, so in order to clear it, I hope that you will successfully use the subsidy system of the national and local governments (administration) and promote business advantageously because it is a difficult time of corona disaster.