What is the local 5G of the topic now? Is radio law law certification necessary?

I think that there are many people who have heard the word 5G.

It is said that the world of IoT, where everything is connected via the Internet, including autonomous driving of cars, is approaching that much.

However, on the other hand, it may be thought that 5G communication will be developed only by some carriers, that is, it is not so related to real life yet. In fact, even our company, which is a substitute company for radio law certification, feels a little far from it.

However, in the meantime, there is a system called "Local 5G" that allows companies and businesses other than carriers to freely build 5G networks, even though they are limited to the area. It seems that there are many businesses that feel business opportunities in "local 5G" because they can set up their own.

As for "Local 5G" itself, there is a detailed specialized site, so I would like to take up the issues of general business entering the "local 5G" business from the viewpoint of a certification agency based on consultation cases received from customers.

What is Local 5G?

SoftBank's commentary, which is one of the telecommunications carriers, is much better than our company explains in detail, so I will quote that.

Local 5G refers to a way for companies and municipalities that are not carriers to build dedicated 5G networks in some areas or buildings and premises. In order to operate, it is necessary to obtain a license for a radio station, but applications began to be accepted in 2019, and it has been actually used since 2020.

Public 5G provided by carriers is still available in a limited area as it is gradually being developed, mainly in urban areas. In that respect, if it is a local 5G, 5G communication can be used even in areas where there is no public 5G.

In addition, unlike public 5G used in the public, it is less susceptible if communication trouble occurs in other areas or when the network is congested. In addition, data can be sent and received in an environment that is cut off from an external network, which is also highly secure.

Local 5G is considered to be ideal for "smart factories", for example, where companies establish a dedicated network on the factory premises to perform autonomous driving and remote control by robots. Traditionally, Wi-Fi has been used primarily when companies build networks within limited areas. Using a technology called "handover", local 5G, which can be used smoothly in a larger area than Wi-Fi, has stable communication and is also secure, is attracting attention as a new alternative to Wi-Fi.

Quote: What is the difference between SoftBank HP_ local 5G and private 5G? _Features of Local 5G

In particular, there are many businesses who want to get into the business because local 5G can cover a wider area than Wi-Fi, and can build a dedicated network with ultra-high speed and large capacity in the area.

An increasing number of businesses are entering local 5G due to government subsidies, etc.

As mentioned above, many companies are paying attention to the promising new business and the government's support for entry.

In the case of such a project, it would be easy to pass the application for a business restructuring subsidy that is currently a hot topic. 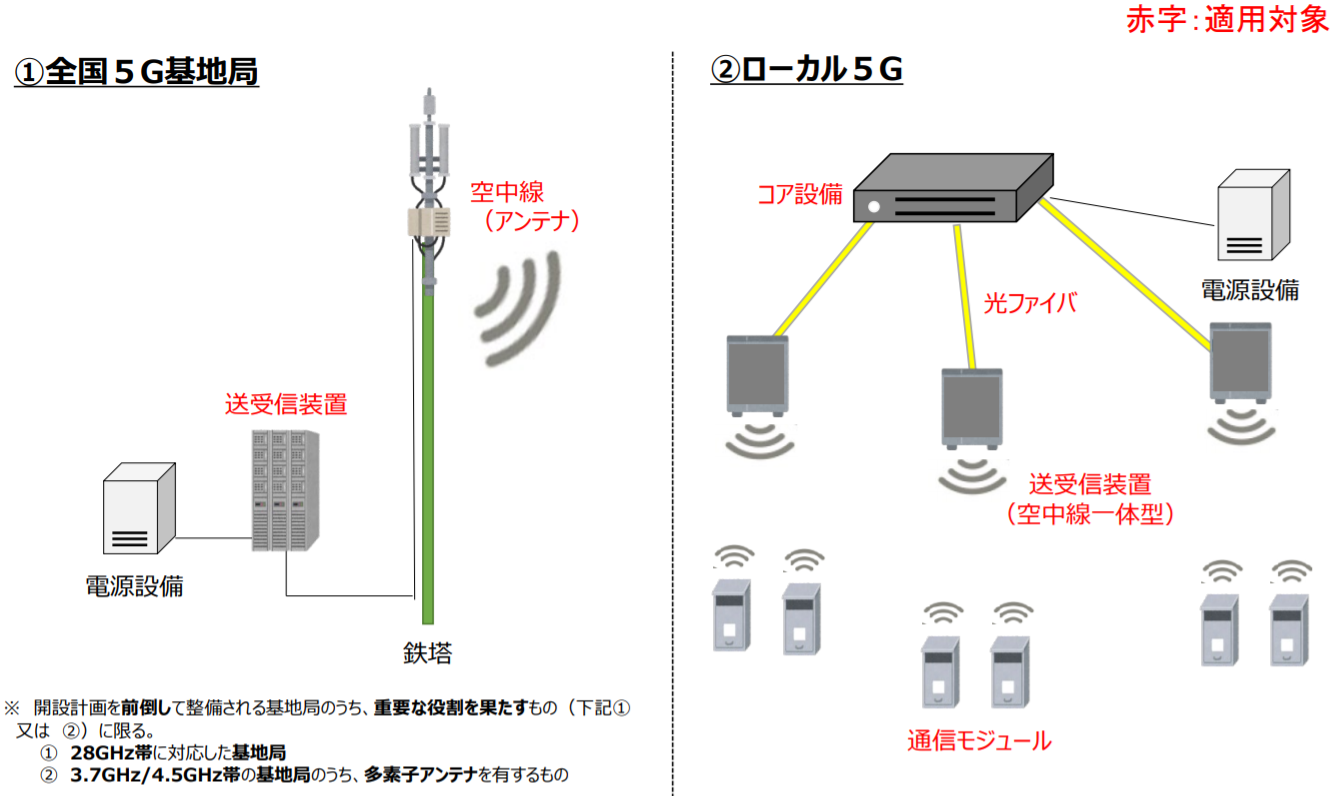 Local 5G image (not in the region, but limited to some areas)

So it is the history of the consultation I received this time.

There was a contact saying "I want to consult about local 5G", and I thought that I wanted to do radio law certification itself.

In advance, I was planning to send a band table of the radio waves to be used (like a spec sheet to put it simply) and make the meeting smooth, but there was no particular reply about it. I didn't want to publish too much information.

And when I actually listened to the story,

Government subsidies can now be commissioned for local 5G initiatives
I don't want to move much around there because I get an estimate of radio law certification at a Japanese inspection agency.
As an essential point, the base station itself of local 5G will be developed from now on
I want you to consult on the development.
It may be possible to develop that it can act on behalf of radio law certification.

It was roughly such a request.
I was able to handle advanced projects called 5G, so I heard that the acting practitioners who were enthusiastic at first listened to the story, and it was transmitted online that I was going down.

After the meeting, we had a meeting with the practitioners again.
That first voice. 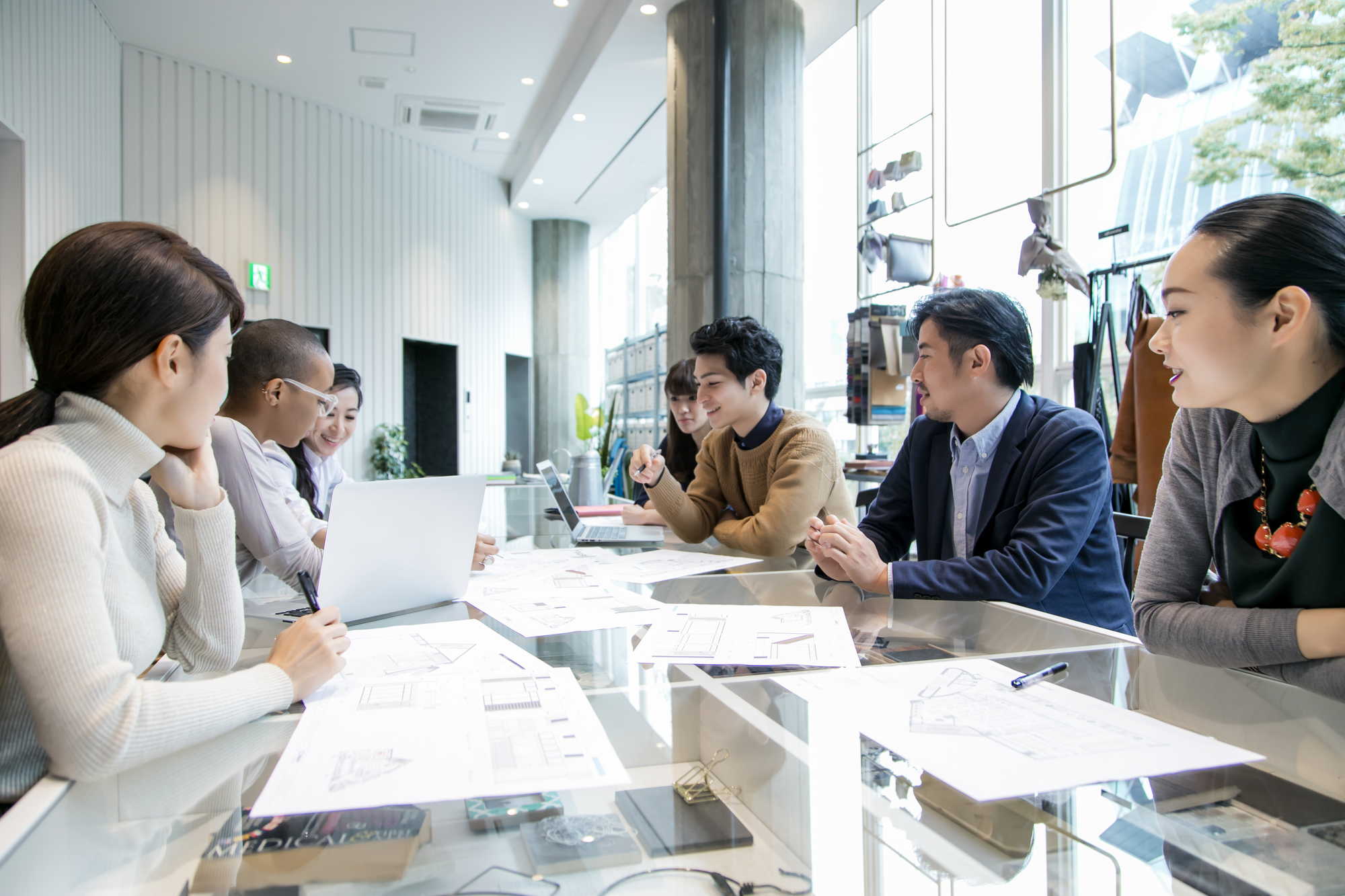 Unfortunately, development support declined, the difference between the business model of development and certification agency

After all, I consulted with a certification agency practitioner, but I came to the conclusion that development support is difficult unless I am an expert.

This must be a proposal of the optimal machine design while taking into the design philosophy of the business operator, and if it is just assembly, it may be possible to give advice with the next radio law certification in view, but unfortunately the load was a little heavy.

It is easy to think that anything can be done if it is familiar with the machine, but as a reality, it does not go easily because of this.

As a generalist, certification agency can handle most cases, but what you need this time is a specialist who is familiar with 5G.

In addition, the acting practitioner knows that he is a 5G expert in China. It is possible to assign the person, but it will be difficult to have face-to-face meetings that business operators were desired, and it is assumed that labor, cost, transportation expenses, etc. will occur in addition to the technical part.

In addition, even if you go remotely, if there is a discussion between experts and operators, the amount of interpretation will be enormous. The content itself is technical, so I do not work as an interpreter around there.

In fact, new businesses are attractive, but there are many barriers that need to be overcome.

It is safe to set the prospect of the contractor to some extent before the planning of the business itself.

However, I think that this company will eventually do something by asking a domestic specialized consulting company, but after the government subsidy passes, it will be bad to stop the business because you can not find a subcontractor for development after all. It can also lead to wasting time that has been spent so far.

It may be a problem that the subsidy passes with the content of deciding the contractor of development from now on, but it may change it in the future. First of all, it is actually quite difficult, and there will be few domestic specialized consulting companies that can do so.

In addition, if you intend to use overseas human resources, you must assume costs other than development, such as interpreting and real meetings.

In any case, we can not support development ourselves, but it is possible to introduce experts if you like companies in China. From the beginning, if it is considered under the framework of sourcing everything in China, development only has to be done in China, and certification can be used by a Taiwanese inspection organization.

In addition, if it is support of radio law (technical) certification even in local 5G, we can respond without problems, so if you have any problems, I think that you can consult once first.