Of course, any company wants to pass the certification test such as PSE at once.
Of course, we always hope that the exam will be completed in one go as a substitute.

However, it is also true that it is difficult to do so, and it is our job to propose a recovery plan in such a case and give advice to the production plant to make a countermeasure product (new sample).

I have understood from such many experiences.
The main reason why overseas factories in China and other countries fail the PSE certification test is
Emc (Electromagnetic Compatibility Test).

The word EMC is unfamiliar, but it's actually a feature that plays a fairly important role in electrical appliances, and if it doesn't work properly, users will not be able to use the product safely and securely.

To put it a little exaggeratedly, there is no denying the possibility of social disruption due to the effects of electrical appliances and appliances that do not function at EMC.

However, I feel that there is not much need for business operators whose main business is sales to learn more about EMC, and I would like to write about the points that should be known at least and how to use agency companies such as our company.

In the first place, EMC is emi (emission) and EMS (immunity)

I've briefly introduced EMC before, but I'd like to recap.

Can't you know everything in advance so that you pass at a time before PSE inspection at the Chinese factory? Answer as a "certification agency" to the question

I think the quotes there are the easiest to understand, so I'd like to quote them again.

As shown in the figure, electromagnetic compatibility is divided into emission (EMI) and immunity (EMS). Emissions (EMI) are phenomena in which electromagnetic energy is emitted from a source.

Simply put, almost all electrical appliances emit electromagnetic waves, and design and manufacturing must be devised so that they do not interfere (adversely affect) humans and peripheral devices.

In Japan, there are standards established by JIS, and they are adopted in the PSE test. As will be described later, while there are various standards in various countries around the world, there are international standards based on IEC (International Electrical Standard), and Japan has adopted them as well.

By the way, there are two types of EMI (emission): emission to the surrounding area with electromagnetic waves and emission through a wire network through a power plug.

Ems (immunity) are not included in the PSE inspection items.

In other words, pse does not ask whether or not it is affected by electromagnetic waves from the surroundings. However, although it is not necessary in PSE (legal), voluntary immunity inspection may be required depending on the circumstances of the customer and the product content.

In any case, it is not necessary to know in detail, but please remember the existence of emc electromagnetic compatibility test itself as a business operator dealing with electrical appliances.

It's quite a maniacal story, so I think it should be easy to stream, but I will tell you a little.

Technical standards are set for each type of electrical appliance, but EMC is specified in Appendix 10 "Noise Strength" or Schedule 12.

After all, there are two types of EMC standards in PSE Japan proprietary standards and international standards, and as long as the PSE test meets the criteria and performs PSE testing, it doesn't matter which standard is adopted.

There are various detailed regulations, but I would like you to grasp the flow alone for the time being.

We perform PSE tests on behalf of factories not only in China, but also at the request of Japanese importers such as Taiwan and the United States.

As a general flow, we ask our company as an agency for requesting JET (Institute for Electrical Safety and Environment) in Japan, but we are proposing that if there is no particular commitment, the PSE test should be done at an overseas inspection organization rather than JET.

If you write the reason in detail, I will not say that jet will speak ill of it, but if you say only the conclusion, remember that it is faster to authenticate using an overseas inspection organization (often).

One of the reasons for our early progress is that products newly developed and designed at overseas plants are often uniformly defective in EMC (EMI). To be honest, I'm not sure what caused the deficiencies, but even as a factory, you will only know about the product deficiencies at that stage.

In addition, overseas inspection organizations are basically conducted on the IEC (International Electrical Standard) basis stipulated in the Electrical Appliance and Material Safety Act and Appended Table 12 described above. In other words, the EMI of pse in Japan is not particularly severe, and there is a high possibility that the exam has failed no matter which country it is put out to in the first place.

In that sense, as a company that has designed at the request of a Japanese company and is considering global expansion in the future, it can be inspected with the funds of Japanese companies, so it is advantageous.

In any case, emc exams fail a lot, so certification will not end no matter how long you go unless you are an inspection agency that does it quickly.

As an aside, the FCC, which is the EMI standard in the United States, seems to have a weaker standard than IEC, and it is actually a fact that if you test a product developed by an American company as it is, you will usually fail the EMI test.

On the other hand, in the case of an elephant-free China factory, there are cases where you do not have knowledge about EMI in the first place, or you do not do EMI without cutting corners, so it is better to check thoroughly in the PSE test.

If possible, emi may be properly made or you may need to perform a removal inspection on a regular basis. 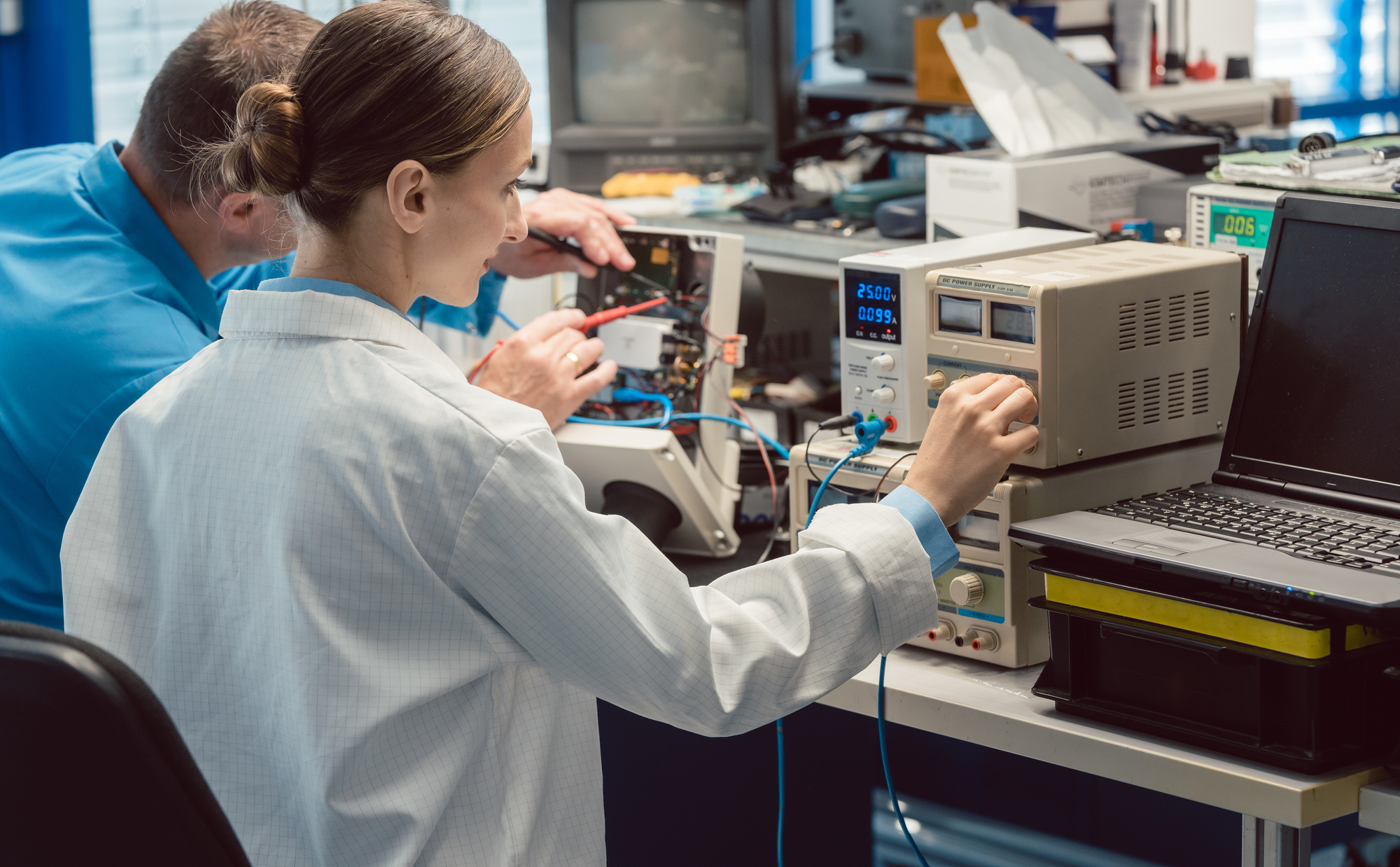 Other certifications, such as medical devices and JIS, may require different levels of EMC

In EMC's EMI and EMS, the tests to be done vary depending on the type of product, but basically the test content is not so diverse,

In other words, depth (level) is a problem rather than size .

For example, simply put,
In emi of an electrical appliance and material, pse tests require level 2, but when applying for it as a medical device, it is necessary to level 5, and EMS is also required.

In order to appeal that more advanced tests can be conducted, inspection institutions and manufacturers are all appealing for the high level of measuring instruments.

However, for PSE-level inspections, inspections within the normal legal range are sufficient, so be sure to understand that area. However, as will be described later, if a higher level EMI test or EMS test is required due to the circumstances of the seller, etc., you will be asked to test separately from PSE from a specialized agency.

If you understand that, what is EMC? I'm dealing with electrical appliances, but do I have to do something? I think that the question such as will be solved.

As I mentioned, PSE conducts the minimum required EMC (EMI) test, which is determined by the legal requirements, so basically it will not be punished by the Ministry of Economy, Trade and Industry for that reason if the inspection content is met.

However, as in the case introduced this time, there are cases where the factory does not make products that follow EMI standards as well after inspection. If you feel any concern about that, even if you contact the factory, you'll probably just say it's okay or okay over there.

So, it is good if you fix it after that, but there is no conclusive evidence, or the factory may not know how to improve in the first place. In such a case, if you ask us, in addition to EMI survey tests, we will also receive improvement guidance to the factory in one set.

On the other hand, depending on the delivery destination of the product, it may be required to meet the statutory standards of the PSE. In addition to EMI (emissions), ems (immunity) may be required.

In such a case, EMI and EMS tests according to the required level can be conducted at overseas plants in China and other countries. In addition, we also accept consultations on what level of examination should be done in the first place.

There are many testing agencies and companies in Japan that conduct EMC testing, but the biggest difference between these companies and our company is that they can still perform EMC tests at overseas factories, and that people at local factories can understand without language barriers.

No matter how well the inspection agency has the equipment, if the people involved (the people in the factory) do not understand the system and standards, it will be a treasure that will become a spoiled treasure.

If you are interested in general consultations about EMC products manufactured at overseas factories, please contact us. 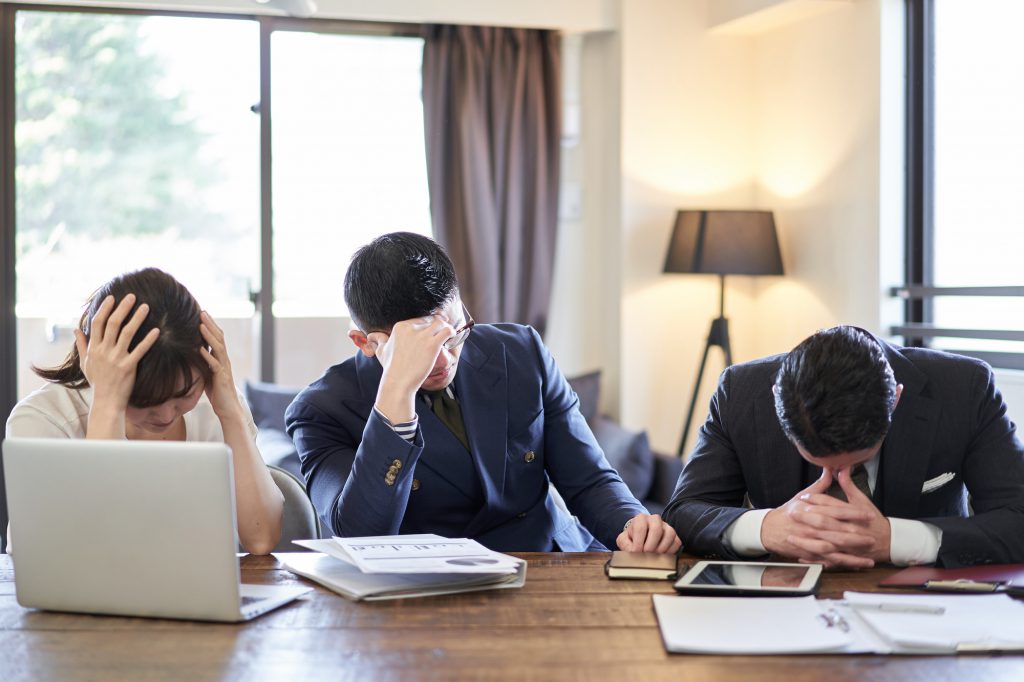