Recently, there are many inquiries that we want to authenticate products sold at Alibaba in China as our own original products instead of PSE certification and radio law certification.

In other words, oem product certification.

OeMs for cloth-related products such as clothing have been common, and we do it. However, as the number of entrants continues to increase in that area, people are beginning to focus on OEM of electrical appliances as a new area.

In fact, in addition to certification of Chinese (overseas) products, we also support OEM.

If you say that you can authenticate licenses such as PSE and radio law, but you can not support OEM, one hand falls for customers. We support Chinese business at once.

Background of customers who want to OEM electrical appliances related

As mentioned above, there is a high possibility that off-the-shelf electrical appliances will not sell because they cannot differentiate themselves from other companies even if they are certified with great care.

Of course, firmly certifying is a big differentiation in itself, but there are Chinese companies that secretly sell things that require licenses and licenses, and the act of authentication is difficult to understand for users who purchase, so it is also true that there is a part that does not differentiate by all means.

In addition, since there are many breakdowns of electrical appliances made in China, there seems to be a desire to be involved not only in ordering but also in the area such as product design and development to some extent.

On the other hand, some customers want to become OEMs for more ambitious reasons.

In the first place, it is difficult to differentiate in the area of e-commerce net sales, and we are considering selling at real stores such as electronics mass retailers. Then, the quality level is demanded to be high enough not to be compared with EC. In order to respond, it is definitely not possible to achieve it if chinese products are sold as they are.

It is also important whether or not it can simply sell, but as much as that, improving quality is the most important issue in order for the company to take to the next stage, and for that reason, I would like to raise the quality itself while doing OEM to the Chinese factory.

Our Strengths: Presence of Local Partners in China

As I mentioned earlier, OEM, more specifically, in order to talk about quality regulations at the Chinese factory, such human resources need to be in China.

If you are a major company, there will be a Chinese branch office, and there will be plenty of Japanese stationed locally and Chinese who are fluent in Japanese, so the above issues will not be a problem.

Even if it is not a major company, when listening to customers, there was a case where a Japanese acquaintance who can speak Chinese lives in China by chance, so I relied on that person to negotiate with a Chinese factory.

According to the customer, he was looking back that chinese OEMs would not have been established without them.

There are countless Chinese local suppliers, but few suppliers may understand the quality required in Japan.

Under such a statement, we have partners who can meet these requirements.

Although the front has been long, we have a business alliance with a Japanese president who has lived in China (Shanghai) for many years and is particularly strong in industrial products such as machinery, and that will respond to OEM consultations.

In addition to online surveys, we will lightly go to the production plant that can be targeted for footwork and field surveys. Of course, I am fluent in Chinese, so there is no problem with hearings with the staff at the Chinese factory.

And because they listen directly to the equipment status of the factory, the production level, and the OEM conditions that this side wants to do, the story is transmitted quickly and accurately. Above all, because they understand the quality required in Japan, they check the quality without making strange compromises unique to Chinese people.

In fact, I will tell you the state of the field survey of the factory with a photograph. 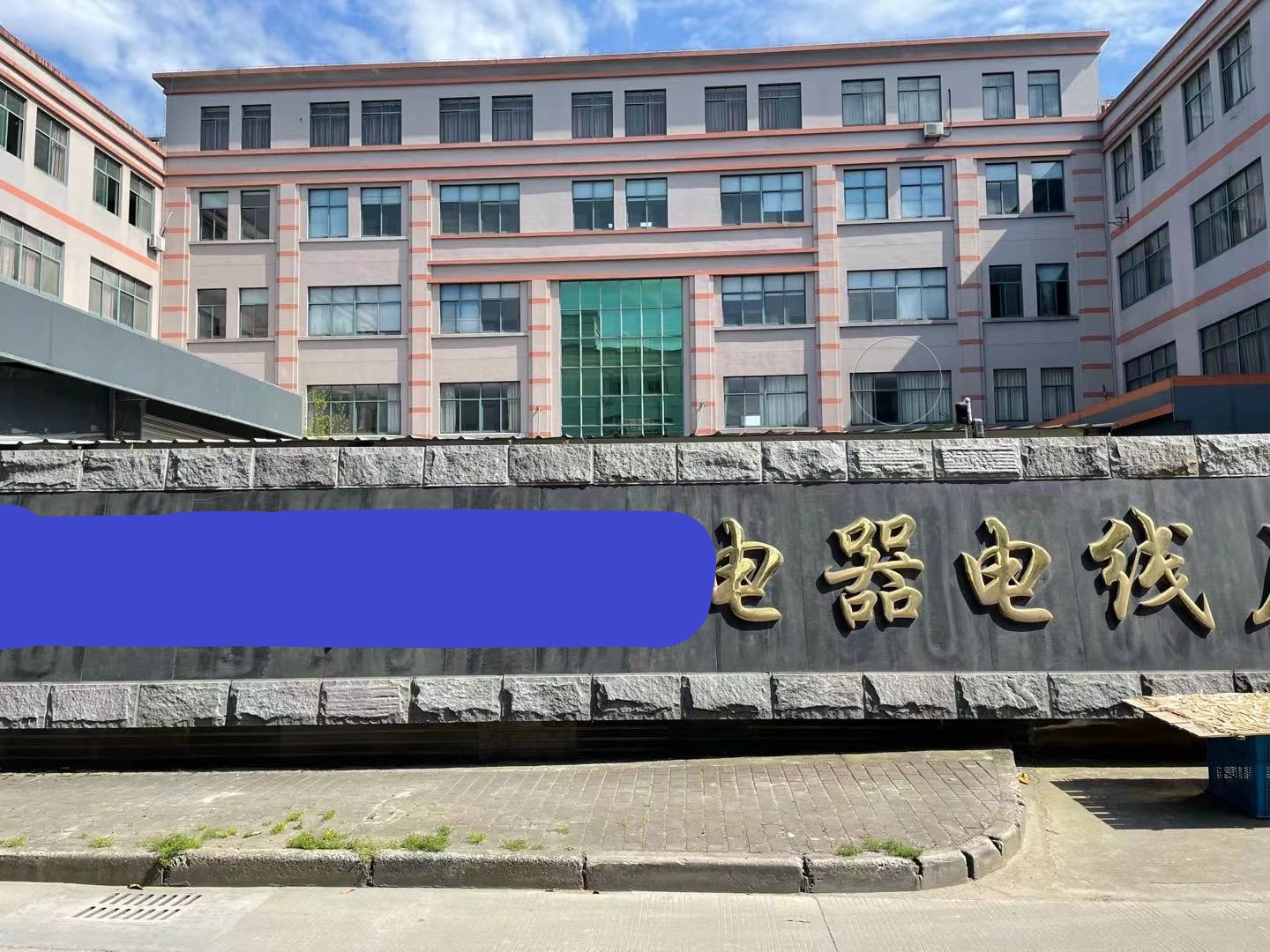 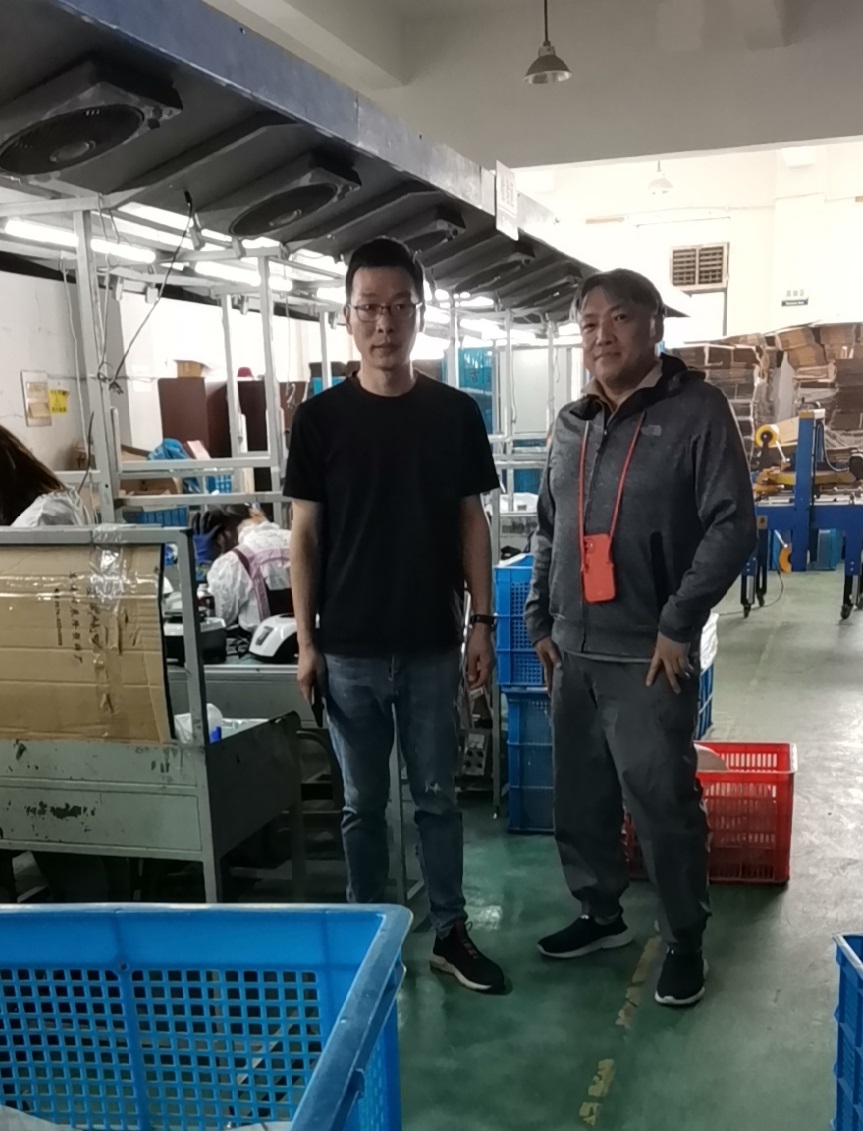 Mr. M, the Japanese president, is on the right side of the photo. 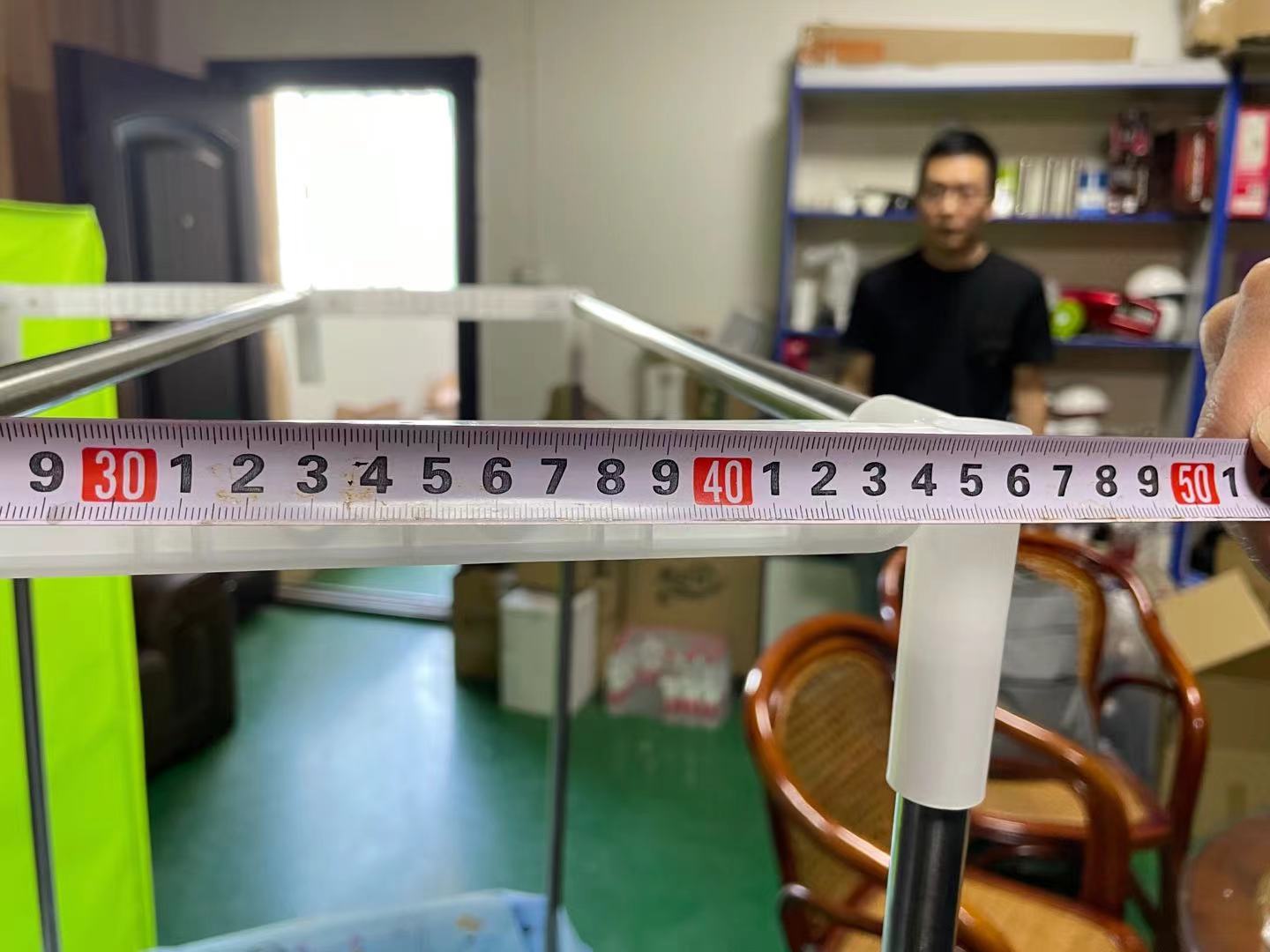 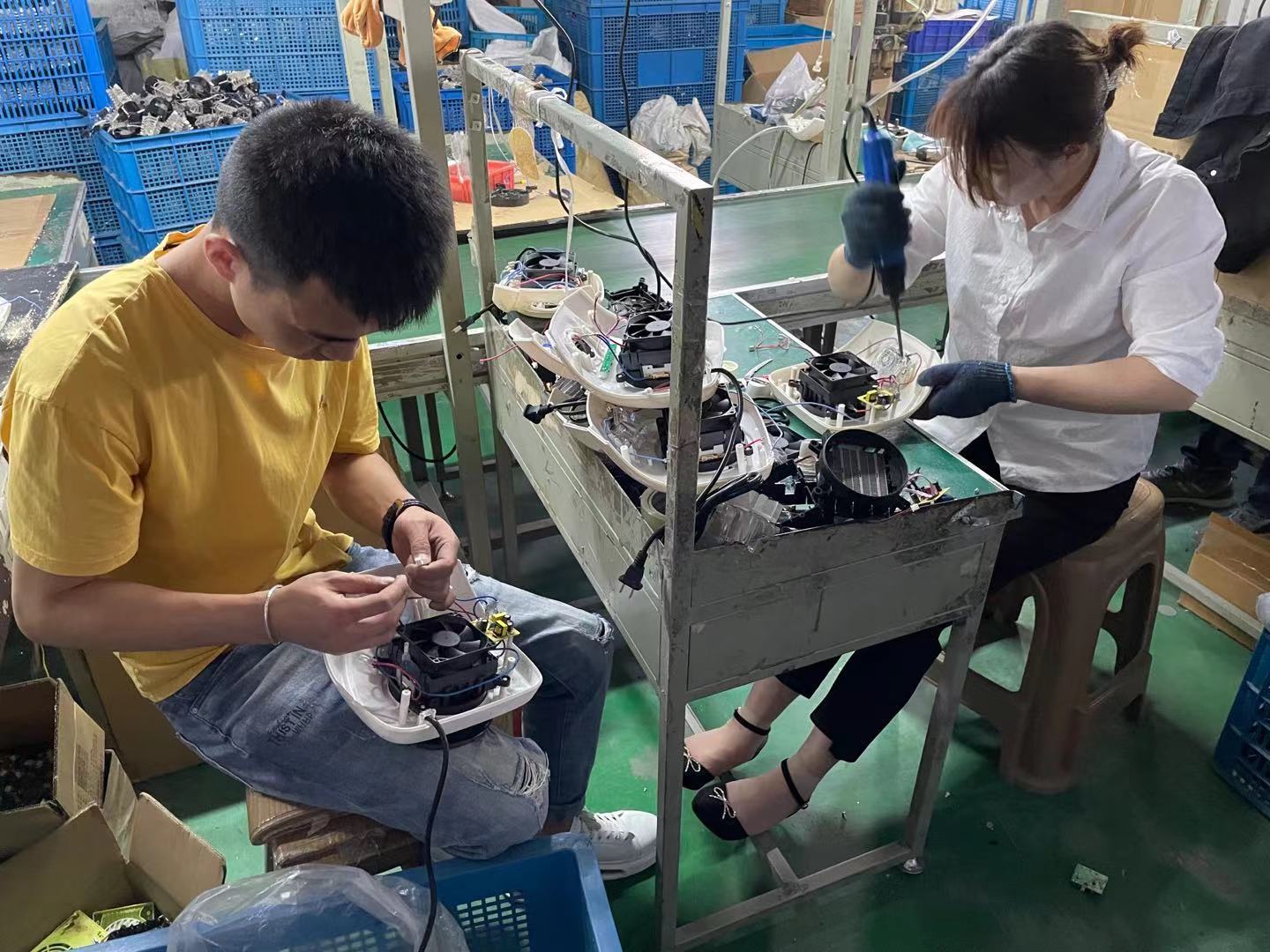 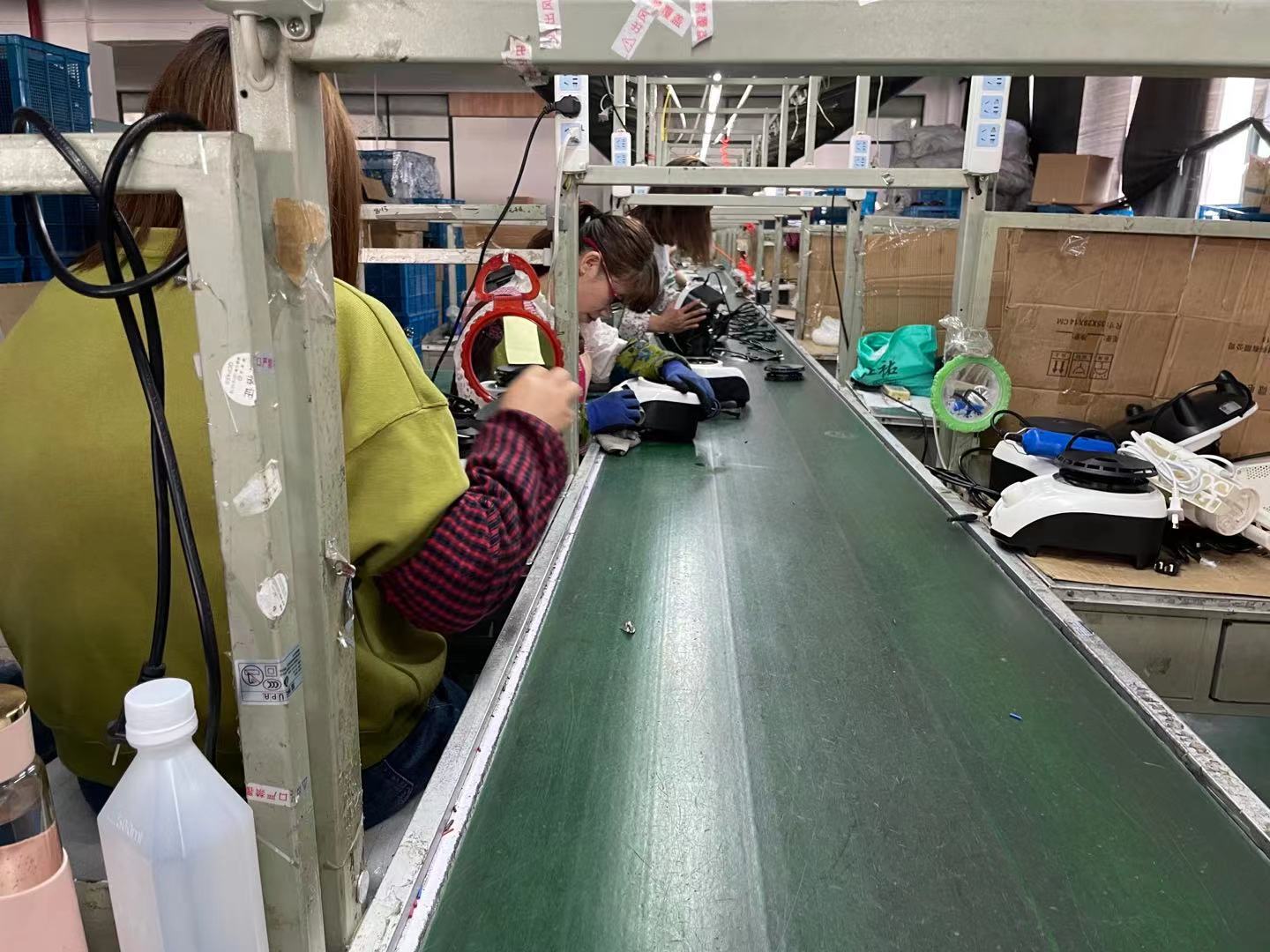 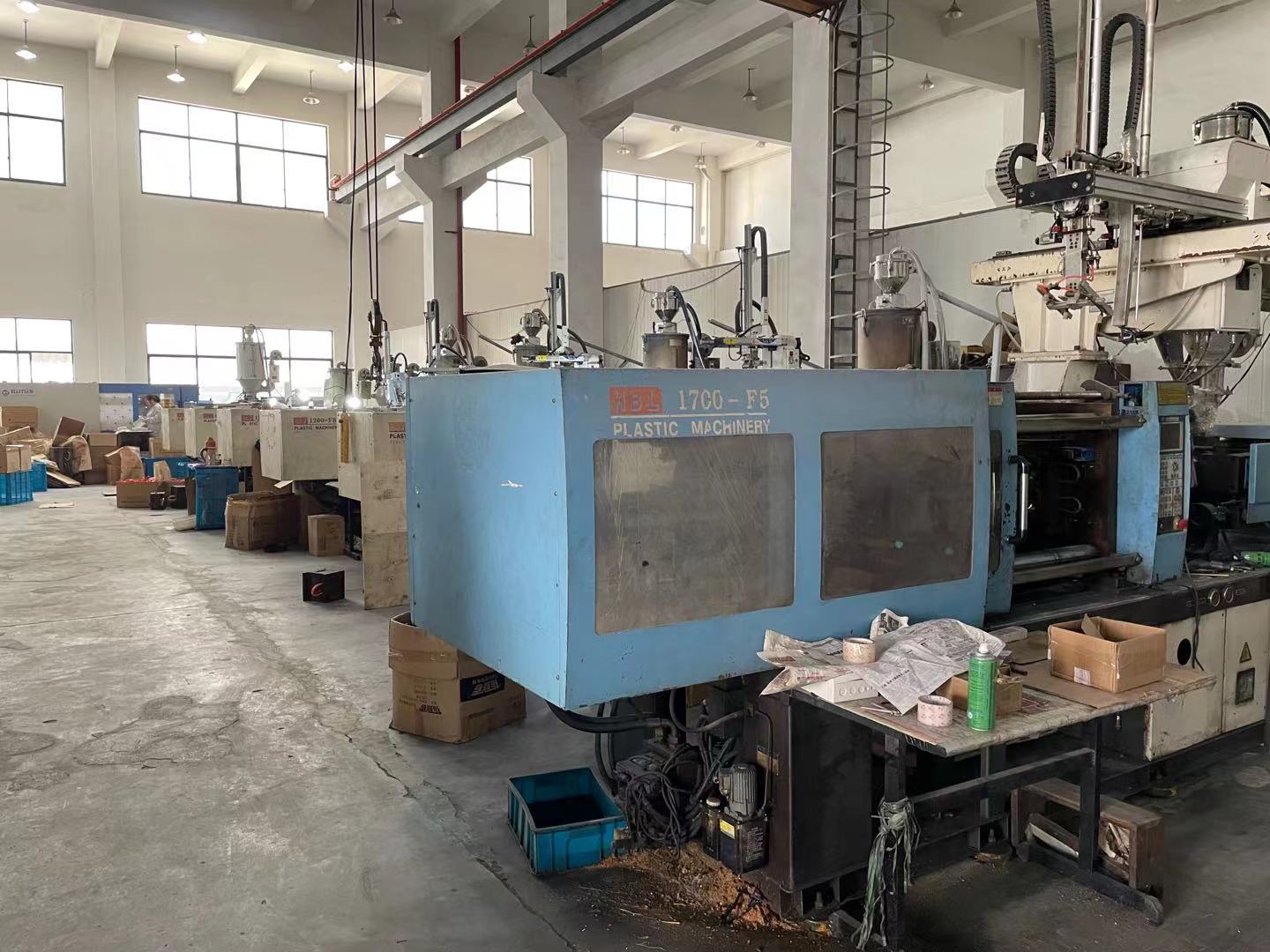 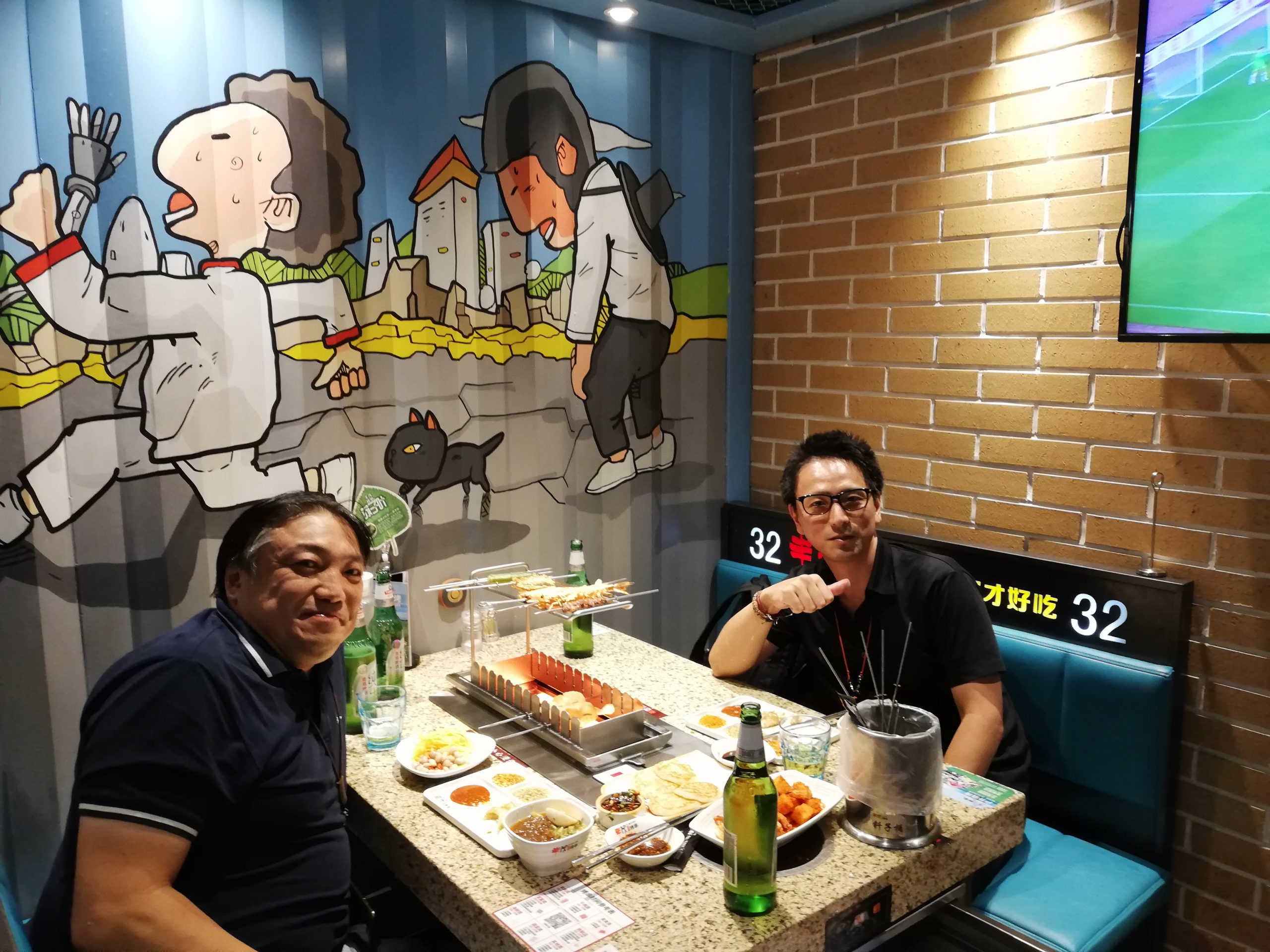 When I went to Shanghai two years ago, I was drinking with Mr. M.
By the way, the story is not the content of the business, but most of the yota story. . .
However, this kind of time builds mutual trust.

If you try, the OEM related to electrical appliances may not be expensive.

In the first place, pse-related products often use so-called "hard things" such as plastic, so when it comes to OEM, expensive mold fees occur, so there are many people who give up OEM from the beginning.

Of course, there may be such things, and most of them may be, but for example, there can be OEMs that can be done simply by combining molded products.

Even if you pay a little, you will ask a professional agent to combine what you want to make with the technology and know-how owned by the factory, as well as the experience and ideas of the agent.

And although this is not well understood, a truly reliable agent suggests that the cost of the OEM itself, such as mold fee, be as low as possible.

This is because agents naturally want to make requests and consultations as projects, so it is necessary to propose things that do not become our rewards, such as mold fees, as cheaply as possible.

That doesn't mean making poor suggestions, it means thinking about how you can make them cheaper.

To put it a little more, for example, mr. M also arranges logistics to export to Japan, and since he takes a commission there, the oem of the client is established, and it is a business model that makes more profit if you import it to Japan.

It is a business system that makes the entrance cheaper and treats customers for as long as possible. So, I will not put mold fee etc. strangely. That's what real professionals are like.

Now is your chance not to be able to travel abroad under the influence of coronavirus! ?

When I asked Mr. M, it seems that the number of requests for factory field surveys is increasing for Mr. M who can go back and forth in China because it is currently not possible to go to China due to coronavirus.

Again, with the development of the Internet, it is easy to contact China, and it is not difficult to communicate with suppliers who simply buy and sell goods.

Therefore, many people may think that the Chinese import business can continue as before, but the market will become more and more saturated, and the players themselves will increase.

In order to differentiate ourselves from other companies, it is necessary to go to China more and more, build thick pipes with production plants, and have them make products that are advantageous to our company, but we can not do that now.

If you're looking at this page, be sure to understand what you've done and consider building your business.

This is a theory, but I don't think certification or OEM itself is that difficult. I'm sorry to say that there is a company like our company that has the environment and know-how that can do them, so if you want to do it, you just need to find and access information.

It may be important to examine it yourself, but in today's fast age, it is not a good idea. One of the jobs of the business operator is to build a network to make the person who can do it do quickly.

INSIGHT WORKS Co., Ltd. has a network of license authentication, OEM, factory search, etc. related to Chinese business, and we will propose OEM plans according to your request. I think that you can feel free to contact us by all means.