For drone beginners! Three points to be aware of when importing and selling drones, such as radio law and technical certification

Recently, drone certification requests and inquiries have been increasing even in the age of corona disaster.

I don't think it is necessary to explain drones now, but just in case, I quote the page of the Ministry of Land, Infrastructure, Transport and Tourism.

Unmanned aerial vehicles subject to this revision of the law are "airplanes, rotary wing aircraft, gliding aircraft, airships that cannot be boarded by structurally, but can be flown by remote control or autopilot (excluding those with a weight of less than 200 g (total weight of the aircraft body and the weight of the battery)." So-called drones (multicopters), RADI-CONTROLLED aircraft, helicopters for spraying pesticides, etc. are applicable.

Citation: Aircraft subject to the Ministry of Land, Infrastructure, Transport and Tourism_Flight Rules

It was a drone that became famous from the fall of the Prime Minister's Office of a drone five years ago in April 2015, but at first there were some people who were shunned from the bad image of such an incident, but basically it was highly functional and it was gradually spreading because it was said that it was abundant in use.

As the need for both companies (businesses) and individuals begins to increase, the problem for operators is the fact that drones require radio law certification to operate wirelessly.

In the situation where there are many inquiries about radio law certification of drones, there are many common parts in the questions from customers, so I would like to write about its contents this time.

Drones are not much different from other radio law certifications, but if you know things to be careful about in advance, I think it is easy to proceed with business after certification.

Examples of single reception include wireless earphones, wireless speakers, and other devices that connect wirelessly from one direction to a smartphone.

On the other hand, twin reception refers to a device that, for example, a wireless presenter or wireless mouse, plugs USB into a PC and operates the device itself and moves the cursor on the screen.

Since the former is a radio with one movement in one device, and the latter has two movements of transmission and reception with one device, the authentication cost is also higher for the latter.

Drones often fall under the latter, but it is not accurate unless you look at the specifications and check the structure and function of the product.

On the other hand, I think that the frequency used is basically Wifi 2.4G. After all, it is a general frequency. Because it is a drone, there is nothing special.

The frequency used is general, and it is often double received, which is therefore expensive.

How much is the estimate of a drone when customers see a product at Alibaba etc., and do not know the specifications well by themselves? It is a true point that it is not possible to judge only by the information here though it is often asked.

If it is a conscientious agency or inspection organization, I think that it will still try to give a certain estimate, but if it is a little bad, the customer thinks that they do not know, and there is a possibility that it will blow a high price.

In order to protect yourself, we recommend that you at least obtain specifications and understand what kind of product it is yourself.

A significant percentage of things are overlooked are pse certification for ac adapters (DC power supplies) used to charge equipment.

I think that the remote control part is enough for dry batteries, etc., but since the power capacity of the main body is large, there is a heart thinness in dry batteries.

Many have built-in lithium-ion batteries, and most charge types use AC adapters.

Is it difficult to find an alternative adapter in Japan because the power capacity is also large?
The drone has a large power capacity, and once you start flying, it is necessary to run stably until you return, and if you do not charge with a dedicated adapter, it may be a crash due to a power failure on the way.

Depending on the number of imported, I think that there is also a way to find an alternative adapter in Japan, but in that case, it is easily assumed that defects on the way will occur as described above unless you thoroughly test the power.

If so, it is best to have the manufacturing plant prepare a special adapter from the beginning, and I think that the factory knows that area, so it seems that a dedicated adapter is procured from the adapter factory.

Let's check such circumstances carefully in the factory.

This is a case of our customer, but since the drone factory has a PSE certificate for AC adapters, there was a request to confirm it, but there were mistakes in documents and PSE label.

I made a mistake in the logo of the certification body, the voltage display etc. were wrong, and it was difficult to check everything.

Of course, I think this depends on the factory, but since the factory is basically a company that makes drones, there is a high possibility that there is no nerve even to the detailed rules of PSE adapters in Japan.

In addition, since there is another adapter factory, even if you ask the drone factory about the adapter, it is often difficult to get an accurate answer. It may be better to think about measures in advance around here.

Unless you are quite familiar with it yourself, it is safe to consult with a company such as our company or a specialized agency such as JET. I think that it is useless that the radio law (Ministry of Internal Affairs and Communications) called a drone (both are paid) is controlled by PSE (Ministry of Economy, Trade and Industry) in the main product.

Mobile battery inside drone does not require certification

This is also our case, but there were customers who were mobile battery (PSE) certified inside the drone.

The factory was presented with a PSE report obtained at its own expense, but I did not clearly see things, so I asked them which parts to use and what kind of PSE label display they were.

Then, since the mobile battery is built into the device, the PSE labeling does not exist.

Basically, a mobile battery does not require PSE as long as it is built into the device. Even if I put it in a production factory, I admire the high awareness of firmly performing Japanese certification, but there was an ochi that I was not familiar with PSE law in the first place.

In this case, it was actually a positive development that you did not have to authenticate, but on the contrary, there are times when you did not do the authentication you should do, so let's not swallow the factory's words and check the necessary authentication firmly. 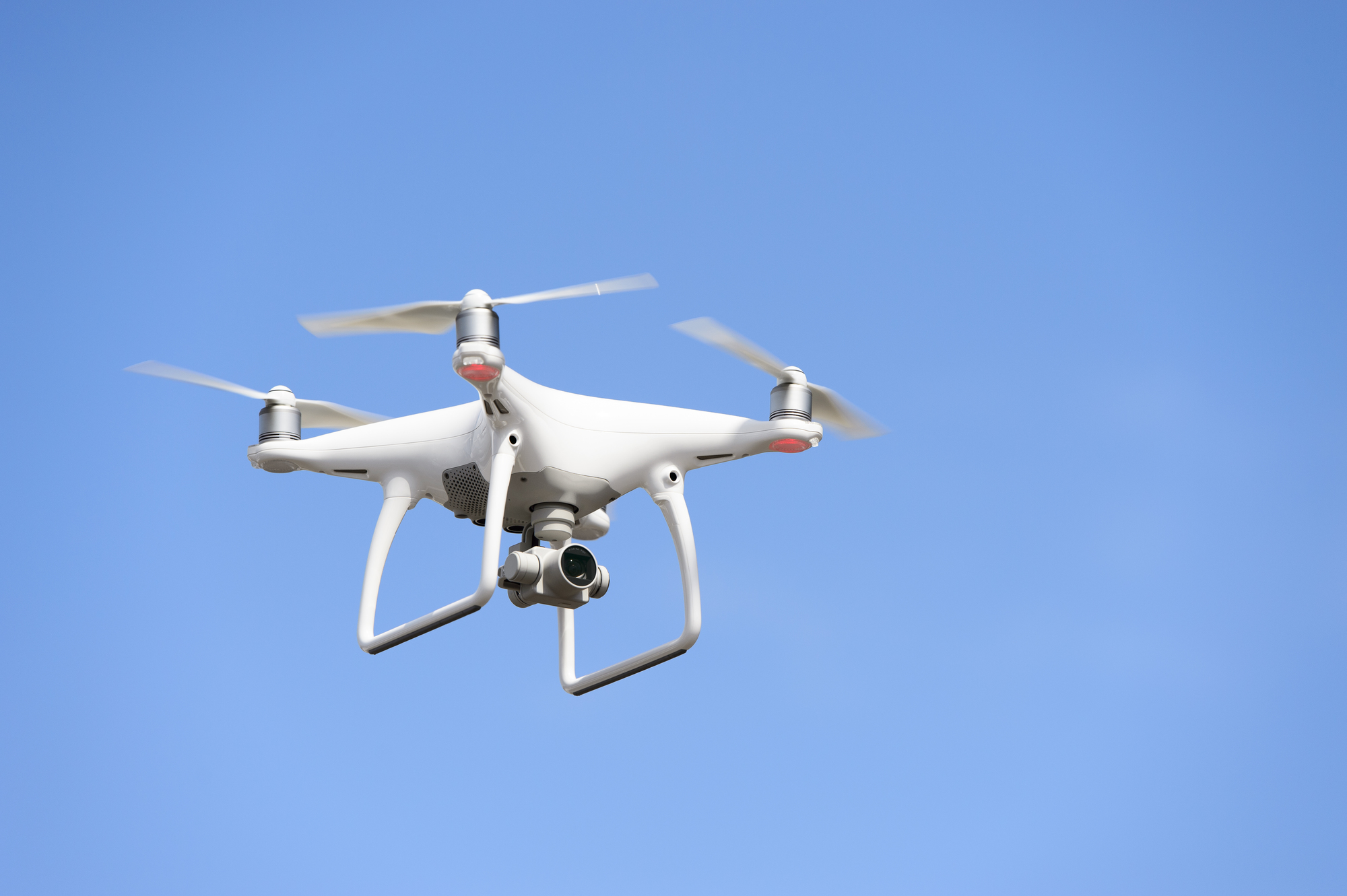 Notification to the Ministry of Land, Infrastructure, Transport and Tourism

For drone flights at the following locations, it is necessary to notify the Ministry of Land, Infrastructure, Transport and Tourism, but it is a notification by the user.

There are people who sometimes misunderstand that it is necessary to report by the seller, but that point is okay.

Please refer to the table of flight restriction areas announced by the Ministry of Land, Infrastructure, Transport and Tourism.

(1) Airspace that requires permission to fly unmanned aerial vehicles
In the case of flying unmanned aerial vehicles in airspace that may affect the safety of aircraft navigation, such as the airspace (A) to (C) below, or in airspace where there is a high risk of harm to people on the ground if it falls, it is necessary to obtain permission from the Minister of Land, Infrastructure, Transport and Tourism in advance.

In addition, flight seems to be strictly restricted near some airports, and other points to note about flight are also written on the above quoted page, so if you are interested, please take a look.

Although it is easy above, we introduced the points to be careful when importing and selling drones. If you have any other questions, please feel free to contact us.